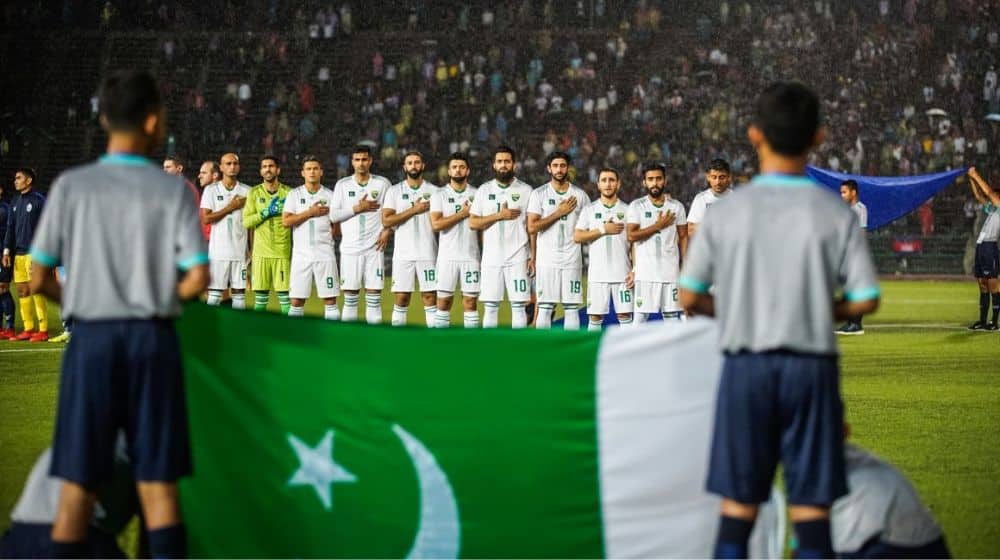 Pakistan men’s team is set to make a much-anticipated return to international football as the federation looks to resume normal activities in the country after a lengthy ban.

According to sources, the Pakistan Football Federation (PFF) Normalization Committee is in negotiations with Laos, Afghanistan, and Maldives to arrange a number of friendlies in Islamabad during the international window set by FIFA.

All the nations across the globe will be free to play international football between September 19-27 as the international break brings a halt to the ongoing leagues.

Sources revealed that the Normalization Committee is hopeful that the negotiations will be fruitful and that they will start the selection procedure for the national team soon. The players will be selected through trials as there is no regular league football in Pakistan.

Pakistan men’s football team last played an international match in 2019 as they faced Cambodia in the two-legged play-off in the first round of Asian Qualifiers for the 2022 FIFA World Cup. Pakistan lost both the matches as they were knocked out of the competition.

The footballing activities in the country came to a halt soon after as the troubles in the PFF began. Many national team players have retired since the Men in Green last played international football.