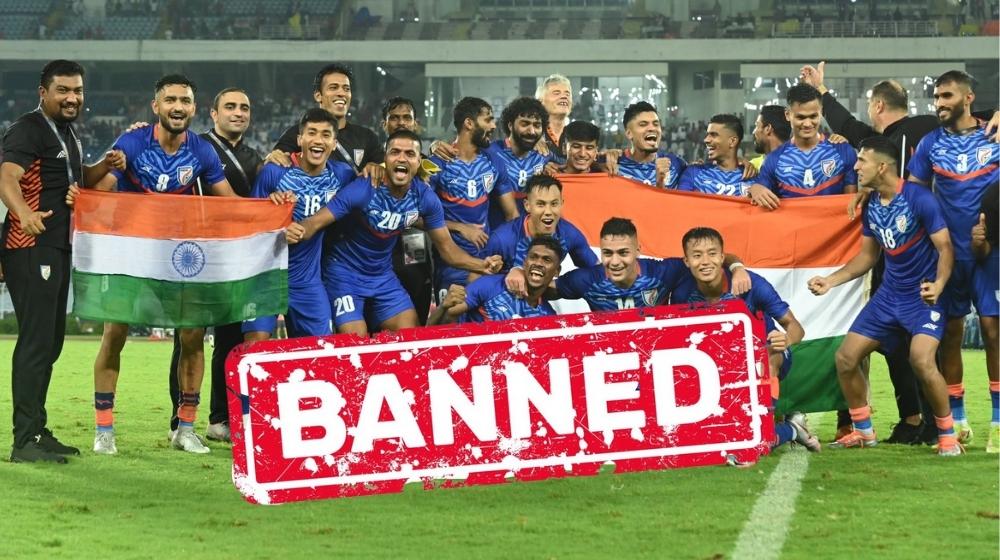 Football’s governing body, FIFA, has banned football activities in India after repeated third-party interference in the All India Football Federation (AIFF). This is the first time that AIFF has been banned by FIFA in its 85-year history. It is pertinent to mention here that the AIFF was founded on 23 June 1937.

According to a statement released by FIFA, the AIFF has been suspended with immediate effect due to a serious violation of FIFA statutes which instates that there shall be no third-party influence within the matters of the football federation of a country.

As a result of the ban, India will no longer be allowed to host the upcoming Under-17 Women’s World Cup, which was scheduled to be played from 11-30 October. FIFA stated that the next steps regarding the tournament are currently being assessed and the matter has been referred to the Bureau of the Council.

FIFA has revealed that the ban has been placed immediately and for an indefinite period. They stated that the suspension will only be lifted ‘once AIFF administration regains full control of AIFF’s daily affairs.’

Recently, the Supreme Court of India intervened in AIFF’s affairs as they ousted President Praful Patel for not holding elections which were due in December 2020. The Supreme Court appointed a three-member committee that would look after the AIFF affairs and start the process to hold the elections.

While the AIFF elections are set to be held on 28 August, it is still unclear if FIFA will recognize the newly elected president due to third-party interference. For the time being, football activities in India, just like in Pakistan a year ago, have been brought to a halt.