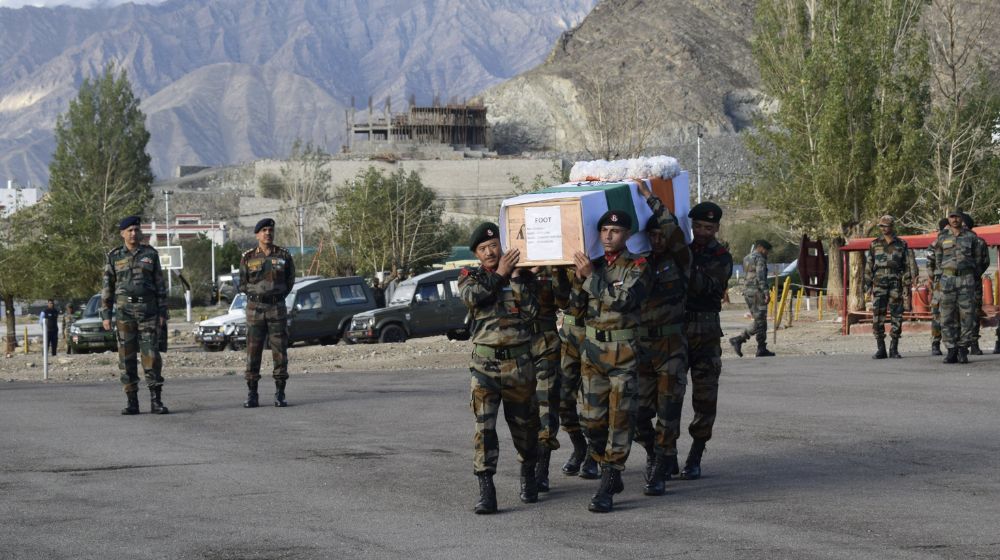 An Indian Army patrol has discovered the body of an Indian soldier who had gone missing 38 years ago in an avalanche on the world’s highest battlefield — the Siachen Glacier in Ladakh.

The Indian Army’s Northern Command stated that an army patrol discovered the body of Lance Naik Chandrashekhar Harbola in a bunker in the eastern Karakoram mountain range of the Himalayas.

The Indian Army revealed that the soldier’s identification disk bearing his army number was found with his remains.

As per the details, he was part of a 20-member crew that got stuck in the avalanche during a patrol. The avalanche killed 15 soldiers and the remaining five, including Harbola, were missing in action.

Harbola had reportedly gone missing during the Indo-Pak conflict at Siachen on 29 May 1984. He had been deployed under Operation Meghdoot when both countries had indulged in a brief battle over Siachen Glacier’s territorial control in the mentioned year.

A patrol of #IndianArmy recovered the mortal remains of LNk (Late) Chander Shekhar who was missing since 29 May 1984 while deployed at #Glacier due to an #Avalanche.@adgpi@DefenceMinIndia@IAF_MCC@easterncomd@westerncomd_IA @IaSouthern @SWComd_IA @artrac_ia pic.twitter.com/NJybIHYdfI

His daughter, who was only four years old at the time of the incident, remarked that her family will finally be at peace.

“He has been long gone, Papa has come but I wish he was alive,” she was quoted as saying by an Indian newspaper.

The Fire and Fury Corps of the Indian Army tweeted today that Harbola’s body would be handed over to his family and the funeral involved the laying of a wreath with full military honors at Leh in Ladakh.

Mortal Remains of LNk(Late) Chander Shekhar who made the supreme sacrifice while being deployed for Operation #Meghdoot in 1984 arrived in #Leh. Wreath laying was carried out with full military honours. Mortal remains to be handed over to family@adgpi @lg_ladakh @ANI pic.twitter.com/6epIqhZPEn

A similar glacial disaster killed 140 Pakistani soldiers at Gayari Sector near Siachen in 2012. In 2016, an Indian soldier was discovered alive six days after he was buried under the snow due to an avalanche on the glacier that killed nine Indian soldiers.

The Siachen glacier is 18,000 feet high with temperatures that can fall to -50° C, making it one of the toughest military deployment sites in the world. Pakistan and India have always been at odds with each other over the territorial dispute for the glacier, with both sides claiming ownership of the region that separates Pakistan and China.