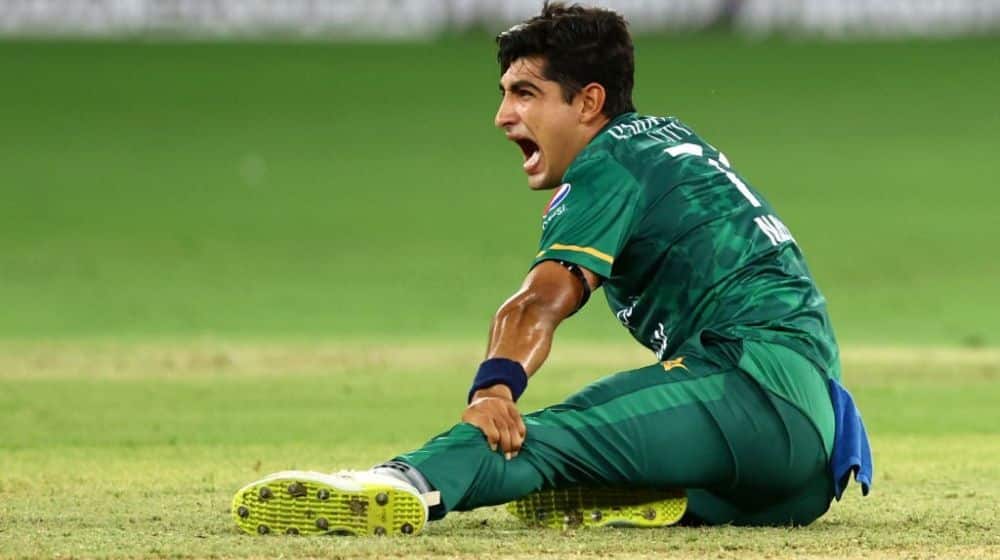 Naseem Shah has been declared completely fit after a medical check-up. The young pacer was seen struggling against India in the opening encounter of Pakistan’s Asia Cup 2022 campaign.

19-year-old Naseem Shah had a dream-like debut against India with his fiery opening spell. While the young fast bowler was phenomenal in the powerplay, he was later found struggling due to cramps. The cramps resulted due to harsh weather in the UAE.

According to the reports, Naseem Shah has not sustained any sort of injury. The fast bowler suffered cramping due to dehydration and hot weather. The 19-year-old will be available for selection in the next encounter as he has been declared completely fit by the medical team.

The young pacer earned the fans’ respect from both sides of the border after they saw him struggling his way through the last over of what will be remembered as a sensational spell.