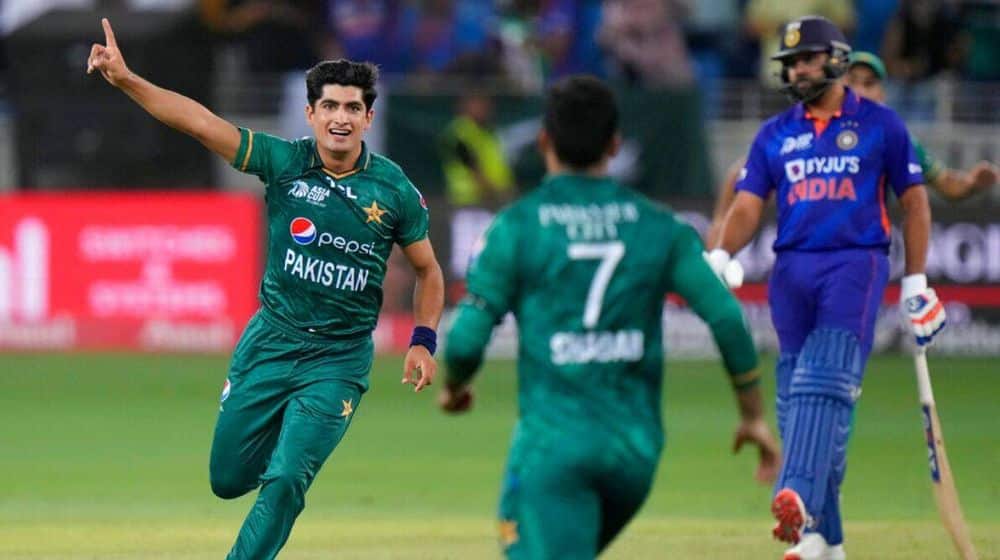 Pakistan’s young pacer, Naseem Shah, impressed cricket fans on his T20I debut against India in their first match of the Asia Cup 2022, jolting the Indian batting with a fast and furious spell at the start of the innings.

However, the Men in Green were defeated by the arch-rivals in a thrilling finish in which the right-arm pacer finished his four-over spell on 4 for 27, but Naseem was found struggling due to cramps during his last over.

Former Pakistan captain, Mohammad Hafeez, has raised questions over the fitness of the 19-year-old pacer and said that it was a point of concern that the pacer is not completing his four overs at the age of just 19.

Speaking about the recent Pakistan-India match, the former all-rounder stated that Naseem has been injured five times in the recent past and that it is not the fault of the system, urging him to maintain his fitness.

The right-arm batter, who represented Pakistan in the last year’s T20 World Cup, further stated that the cricket board prefers young players with fitness issues over bowlers who are fit and playing at the age of forty or thirty.

It is worth noting that two of Pakistan’s top pacers, Shaheen Shah and Mohammad Wasim, have already suffered injuries and have been ruled out of the ongoing Asia Cup as well as the upcoming T20I series against England.

However, the cricket board issued a statement yesterday regarding Naseem Shah’s fitness, stating that the national pacer is fit and will be available for selection in the upcoming matches in the event.