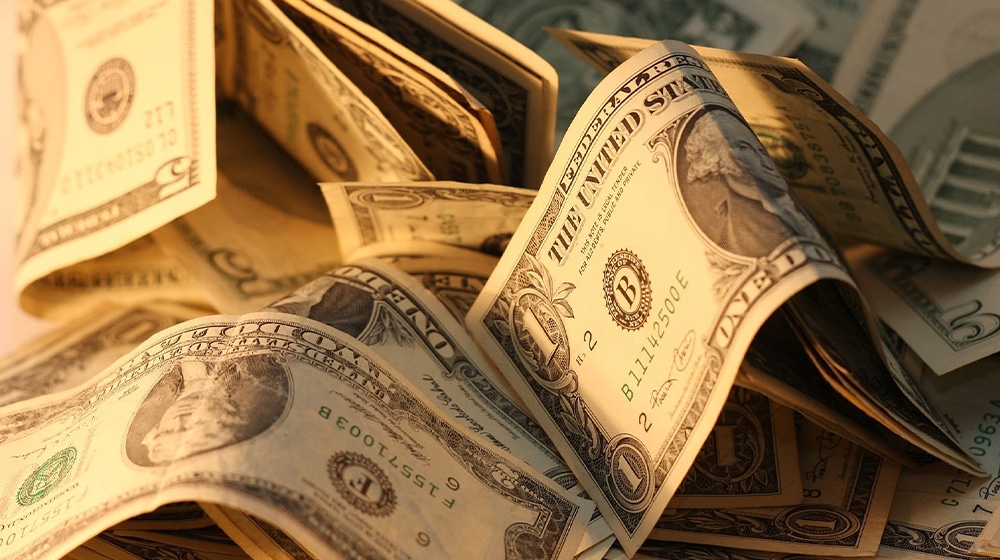 The Pakistani Rupee (PKR) finally halted its losing streak against the US Dollar (USD) and posted gains during intraday trade today.

It appreciated by 0.82 percent against the USD and closed at Rs. 220.12 after gaining Rs. 1.79 in the interbank market today. The local unit quoted an intra-day low of Rs. 222.750 against the USD during today’s open market session. 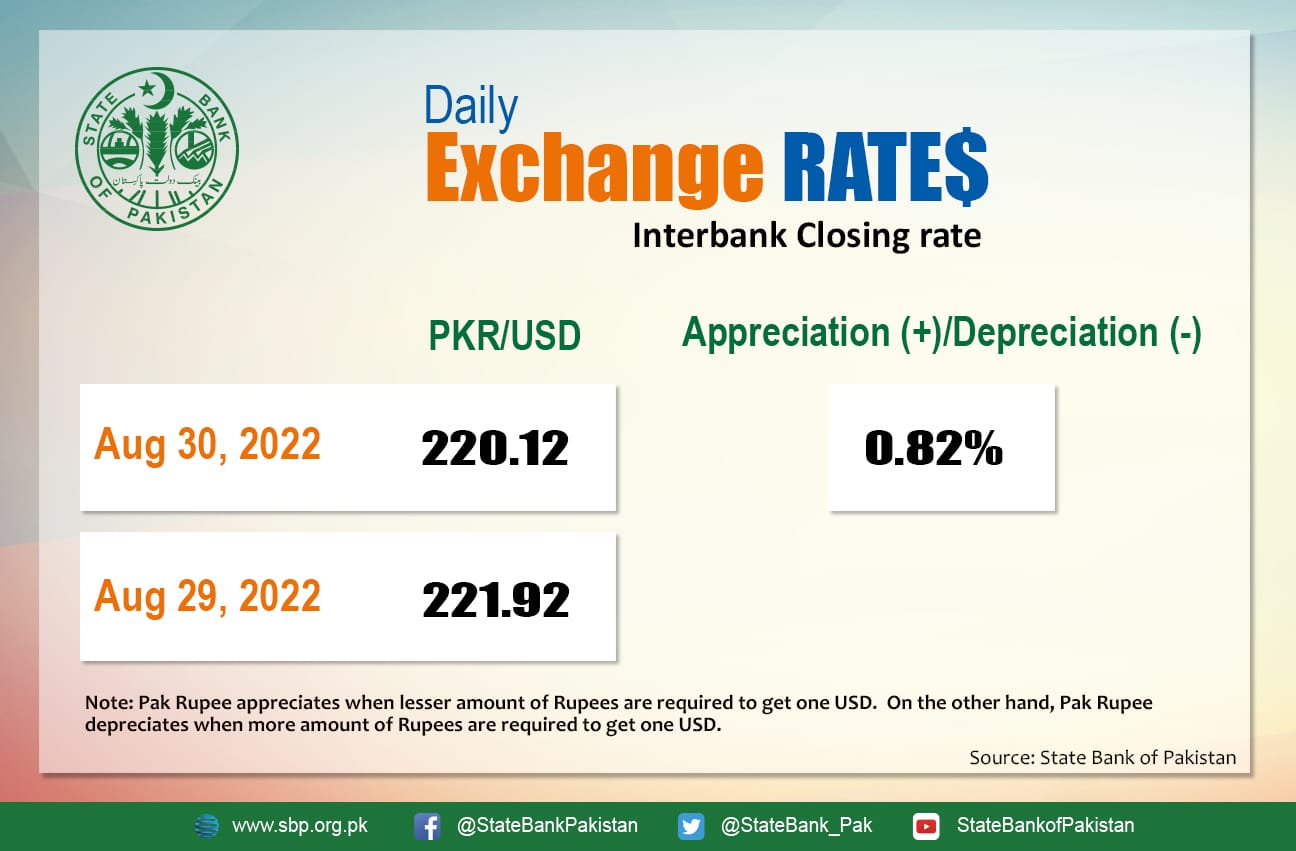 The local unit was initially bearish from the beginning when trade resumed early in the morning against the greenback and traded on the 222-223 level in the open market at 10 AM. By midday, the greenback went as high as 219.75 against the rupee. After 2 PM, the local unit continued to trade at the same level against the top foreign currency before moderating to a lower level at interbank close.

The rupee closed in green against the US dollar after six days of consecutive losses today after the Executive Board of the International Monetary Fund (IMF) on Monday completed the combined seventh and eighth reviews of the Extended Arrangement under the Extended Fund Facility (EFF) for Pakistan.

This is a sentiment changer that was largely expected. IMF’s deal is expected to unlock bilateral and multilateral flows. More importantly, there is an assurance to global rating watchdogs of Pakistan’s creditworthiness. This shall improve investor outlook, and stabilize the currency and global bond yields. Speculators shouldn’t expect Rs. 200 and below either. A fair level could be Rs. 205 to Rs. 215, depending on outlook.

The IMF nod essentially allows for an immediate disbursement of SDR 894 million (about $1.1 billion), bringing total purchases for budget support under the arrangement to about $3.9 billion. Pakistan’s government bond yields were also stable on the IMF news after falling to less than half their face value due to potential default fears last month.

In order to support program implementation and meet the higher financing needs in FY23, as well as catalyze additional financing, the IMF Board approved an extension of the EFF until end-June 2023, rephasing and augmentation of access by SDR 720 million that will bring the total access under the EFF to about $6.5 billion.

However, money changers still expect the local unit to have a bumpy journey ahead after the agency estimated Pakistan’s economic growth to drop to 3.5 percent and average inflation to surge up to 20 percent.

Globally, oil prices slid on Tuesday over concerns that an inflation-induced degradation of global economies would kill fuel demand, and also because Iraqi crude exports have been unaffected by domestic clashes.

Crude prices fell today after comments from Iraq’s state-owned marketer SOMO that the country’s oil exports are unaffected by the unrest. Currently, Baghdad is witnessing its bloodiest fighting in years, as clashes between Shi’ite Muslim groups continue into the second day. 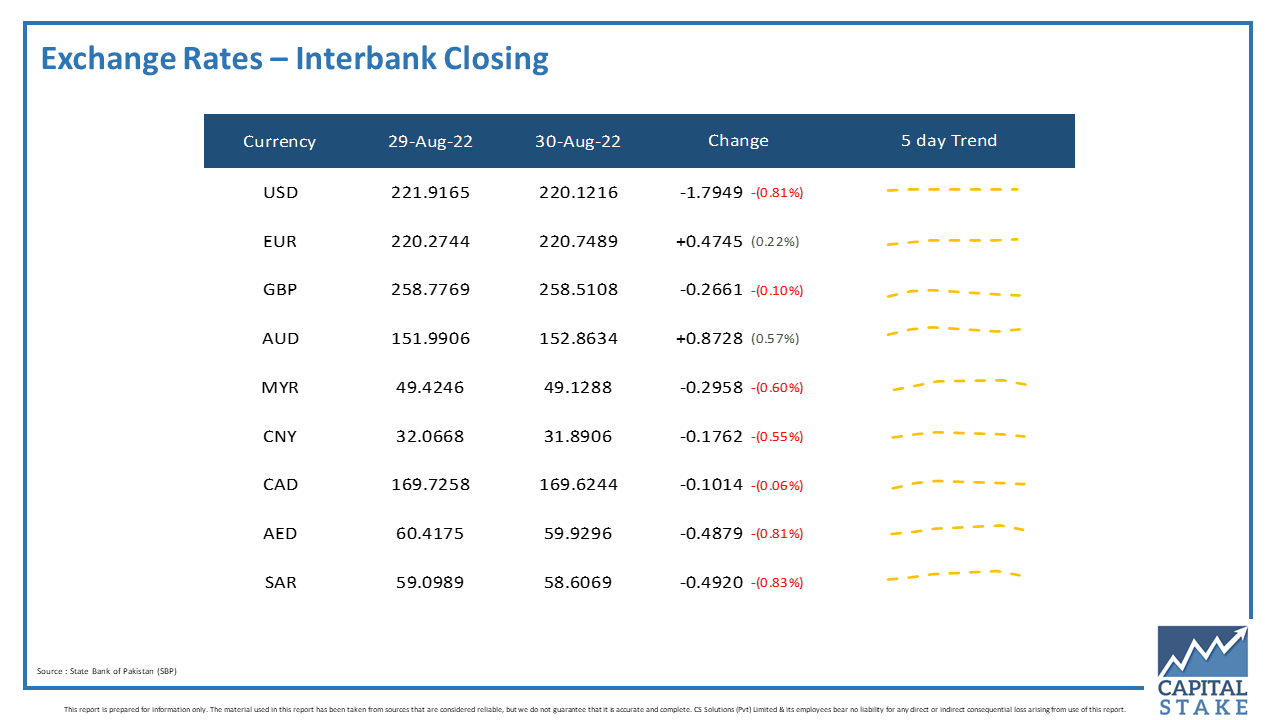