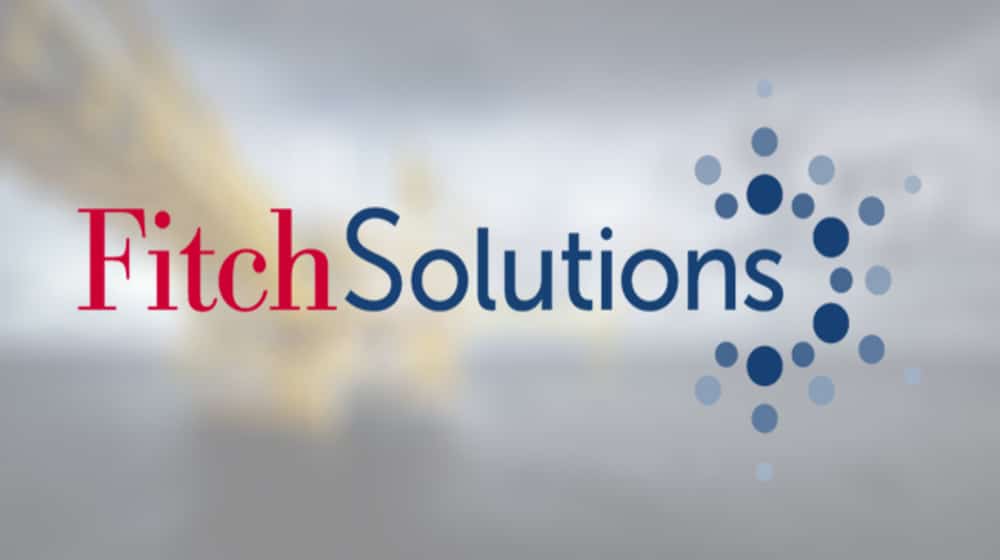 Fitch Solutions has revised the real GDP growth forecast for the fiscal year 2022-23 down to 0.2 percent, from 0.6 percent previously, while stating that the severe floods in Pakistan would weigh on agricultural production and exacerbate the country’s external imbalances.

Fitch Solutions in its latest report on Pakistan stated that a reduction in crop production will also likely lead to higher inflation, which in turn could prompt the State Bank of Pakistan (SBP) to tighten monetary policy even more aggressively than what is currently expected.

Economic hardship due to adverse weather poses additional downside risks to social stability in the country too.

The report said, “Fitch Solutions expects floods in Pakistan to exacerbate the already weak economic outlook and political situation. A harsh monsoon season and melting glaciers have caused rainfall in Pakistan to come in at 44.3 percent above normal, and the country has been grappling with floods and mudslides since June.”

According to the government’s estimates, 33 million people across the country suffered directly as a result of the flood, with close to 1,200 people killed since 14 June 2022. The authorities have declared at least 72 districts (out of 160) as calamity-stricken. In addition, almost 720,000 livestock have been killed in the flooding while 3,500 kilometres of roads and 150 bridges have also been damaged. Fitch said that it expects the conditions to remain challenging in the near term as rains are set to continue, falling on already-sodden land, further increasing the likelihood of flash floods and landslides.

“On the economic front, we have lowered our real GDP growth forecast for Pakistan to 0.2 percent for 2022-23 (July – June), from 0.6 percent previously, as adverse weather conditions will not only reduce agricultural production which accounts for 19 percent of GDP but also weigh on exports and exacerbate Pakistan’s external imbalances. Meanwhile, Prime Minister Shehbaz Sharif has stated that floods would result in at least $10 billion (3 percent of GDP) hit to the economy”, the report added.

Fitch expects the flooding to negatively impact Pakistan’s agricultural production, as a share of the current crop is damaged and future plantings will likely be delayed. The report stated that Planning Minister Ahsan Iqbal has said that as much as half of Pakistan’s current cotton crop has been damaged, while the outlook for Pakistan’s rice crop is also bleak. This will likely see the country’s trade deficit widen as agricultural exports fall and food imports rise.

Fitch highlights that in 2021, Pakistan was the third largest global exporter of rice, accounting for 8.2 percent of total sales by value, behind India (36.7 percent) and Thailand (12.8 percent). Meanwhile, food imports typically account for about 10 percent of total merchandise imports and that share looks set to rise as Pakistan’s agricultural output declines. The flood will also have negative implications for the downstream manufacturing sector, for instance, cotton is a key input component for the textile industry which accounts for about 56.5 percent of overall exports.

The report further stated that Pakistan was facing a potential balance of payments crisis before the floods hit. A widening trade deficit would further weigh on the dwindling foreign exchange reserves and the Pakistani rupee. The agency highlights that it sees downside risks to its forecasts for the current account deficit to widen to 4 percent in the fiscal year 2023, as foreign reserves are also falling. As of 26th August, the country’s foreign reserve holdings fell to around an eight-year low of $13.4 billion. This amounts to about 2.7 months of import cover which is less than the three months minimum recommended by the International Monetary Fund (IMF).

On 29th August, the IMF approved a $1.1 billion disbursement as part of a broader $6.5 billion assistance package initially secured in 2019. While highlighting that this will help Pakistan access additional external sources of funding, Fitch noted that the economy faces significant challenges. According to Bloomberg, Pakistan needs to service $3 billion of debt through June 2023, including a $1.7 billion repayment due in December.

ALSO READ
Pakistan Likely to Get $1.5 Billion Loan from ADB

The report added, “Fitch also expects a decrease in agricultural production to further fuel inflationary pressures in Pakistan. As a result, the agency has revised its average fiscal year 2023 headline inflation forecast to 25 percent from 20 percent previously. Headline inflation had already accelerated from 24.9 percent on Year-on-Year (YoY) in July to 27.3 percent in August, the highest since May 1975. This was in part due to a 29.5 percent surge in food inflation, which accounts for 34.8 percent of the overall Consumer Price Index (CPI) basket. Food prices are likely to drive headline inflation upwards even further over the coming months.”

According to Fitch, an increase in inflation could prompt the central bank to tighten monetary policy even more aggressively to anchor inflation expectations. The agency has forecasted an additional 300bps worth of rate hikes from 15 percent currently to 18 percent by the end of the fiscal year 2023 However, it noted that the risks to forecast are increasingly weighted to the upside.

Given the extent of flooding and the reduction in crop output, Fitch also expects the number of citizens facing food insecurity to rise further, posing additional downside risks to social stability. Pakistan is already facing a volatile political landscape, which is reflected in the agency’s proprietary Short-Term Political Risk Index (STPRI) score, which comes in at 39.2 out of 100, well below the global average score of 61.0.

As per the report, the incumbent ruling coalition, led by Prime Minister Shahbaz Sharif from the Pakistan Muslim League-Nawaz (PML-N), has struggled to boost its public approval rating since coming into power in April due to the rising cost of living and the floods will make things worse. According to a survey conducted in June by IPSOS, 64 percent of respondents wanted general elections to be held within the year. Downside risks to social stability are already elevated in Pakistan as the opposition led by former Premier Imran Khan seeks to mobilize their supporters to pressure the government into holding mid-term elections, Fitch said.