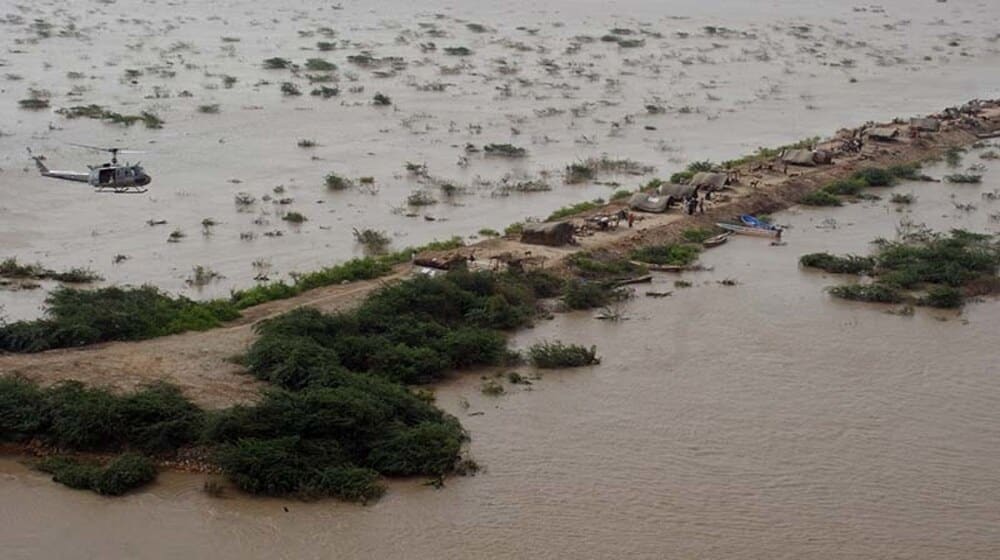 In a move that could have cut down the ferocity of the recent devastating flood, the successive governments of PML-N and PTI failed to find a fiscal space of Rs. 96 billion for the ‘Flood Protection Project’.

This was revealed in the session of the Central Development Working Party (CDWP) held Thursday (yesterday).

The documents revealed that the Federal Flood Commission (FFC), along with the Ministry of Water Resources, prepared the Flood Protection Sector Project (FPSP)-III under the ambit of National Flood Protection Plan-IV (NFPP-IV). In the wake of the 2010 flood, FFC formulated NFPP-IV and hired a consultant (M/s NESPAK) in May 2013 to prepare NFPP-IV for next ten years’ period.

The consultant presented the final version of the plan in May 2015, which was approved by the Council of Common Interests (CCI) in 2017. However, since then, the implementation is stagnated owing to the non-provision of funds.

During the meeting, the officials from the Ministry of Water Resources apprised CDWP that the project would be added to the Public Sector Development Program (PSDP) for the fiscal year 2024.

The officials also informed that with regards to the funding of the project, the federal government would provide Rs. 29.2 billion, while Asian Development Bank (ADB) intends to provide Rs. 67 billion.

It is pertinent to mention here that the losses due to disastrous floods in Pakistan have led National Flood Response and Coordination Center (NFRCC) to estimate that the country could take a hit over $40 billion owing to floods.