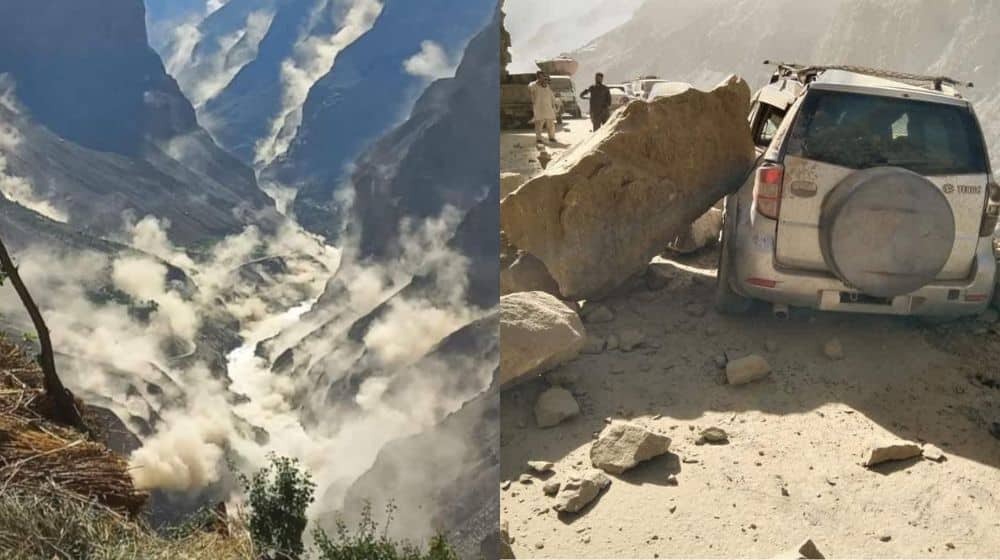 Roundu Valley in Skardu and its adjacent areas in Gilgit-Baltistan (GB) were hit by a moderate-level earthquake with a magnitude of 4.3-4.6 today.

The jolts caused heavy landslides across the affected areas and injured around four passengers who were traveling by road.

According to the details, the tremors were initially felt at around 9:30 AM in the lower and upper parts of the abovementioned regions.

The earthquake reportedly originated 70 km southwest of Gilgit city in the Hindu Kush, with a depth of 40 km.

Locals revealed that the earthquake caused several landslides that blocked the GB road, including the highways of Gunji village and other upper regions of the region.

Meanwhile, the Gilgit-Skardu route is also closed on account of the landslides, and numerous passengers were injured, rescue officials stated.

Here is the video showing the devastating jolts of the earthquake.