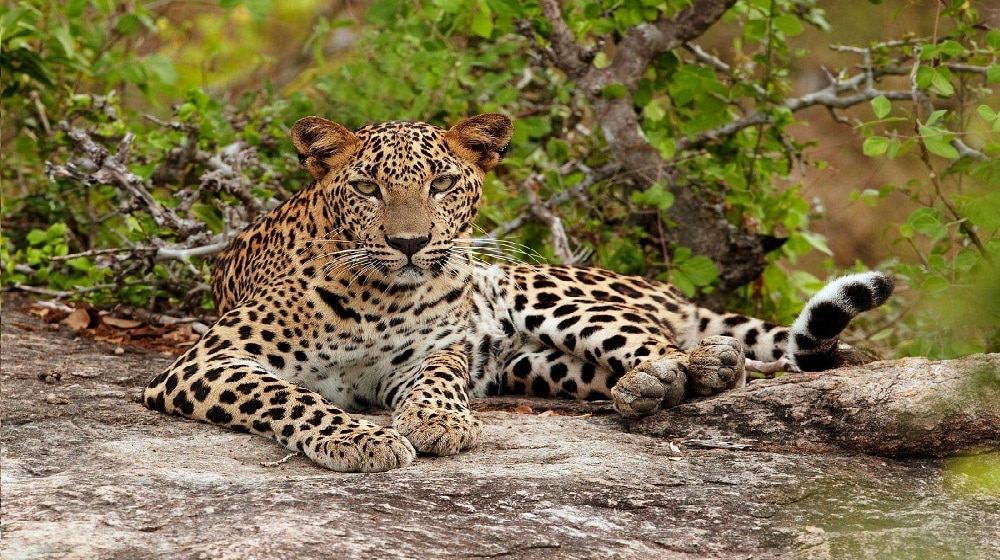 The Rawalpindi Wildlife Department launched an awareness campaign about the common leopard and how to stay safe from its attacks on people and livestock in local schools and communities in Tehsil Kahuta on Saturday.

After receiving complaints from the villages of Pharri, Banaal, and Khad in Tehsil Kahuta, Rawalpindi, last week about a common leopard that has been attacking livestock, Assistant Director Wildlife Rawalpindi, Rizwana Aziz, and her staff, including Kahuta Wildlife Inspector, Talat Mehmood, and Kahuta Wildlife Watchers Adnan Safeer, Mohammad Safeer, and Sohail Muzaffar, traveled to the region to initiate the awareness campaign in local schools and communities.

The team began by gathering students and teachers in Banaal and talking to them about the big cat. It explained that when the locals leave their animals out in the open fields and jungle during the day, they must bring them back home by the evening between Asr and Maghrib prayers. It urged the attendees to refrain from letting their animals stay out at night when the leopard is active. 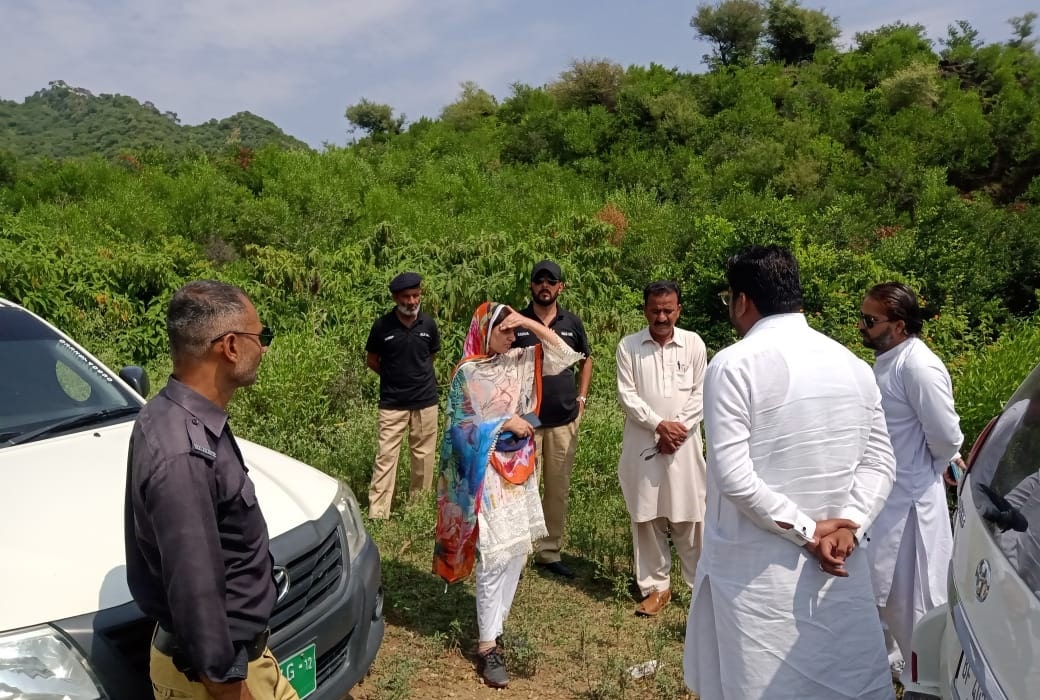 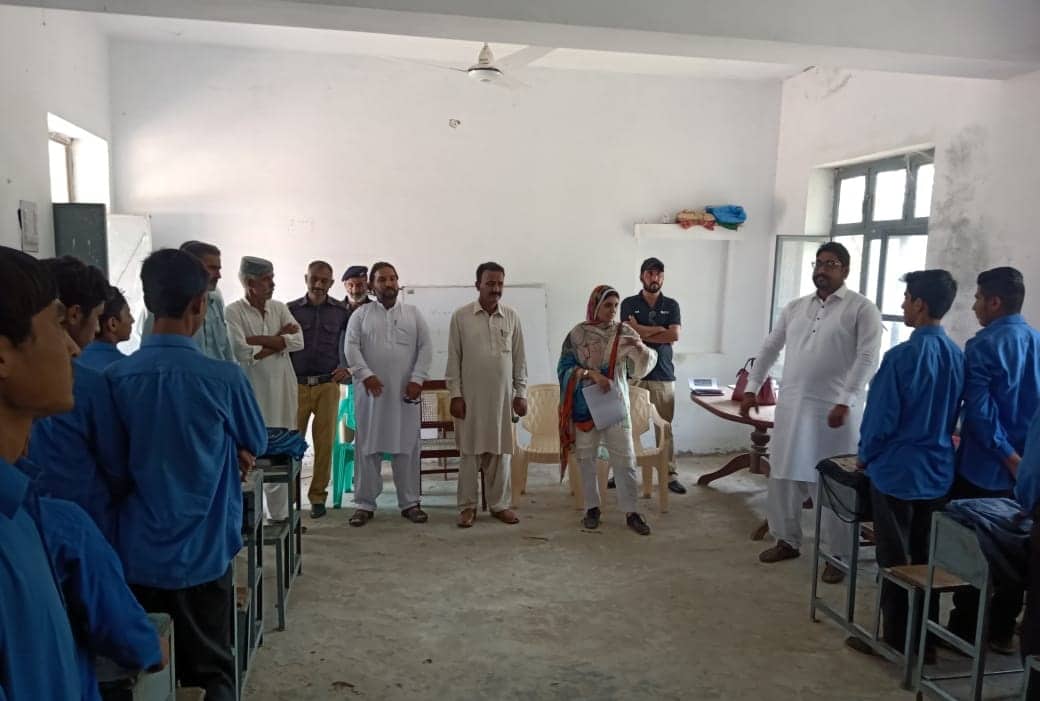 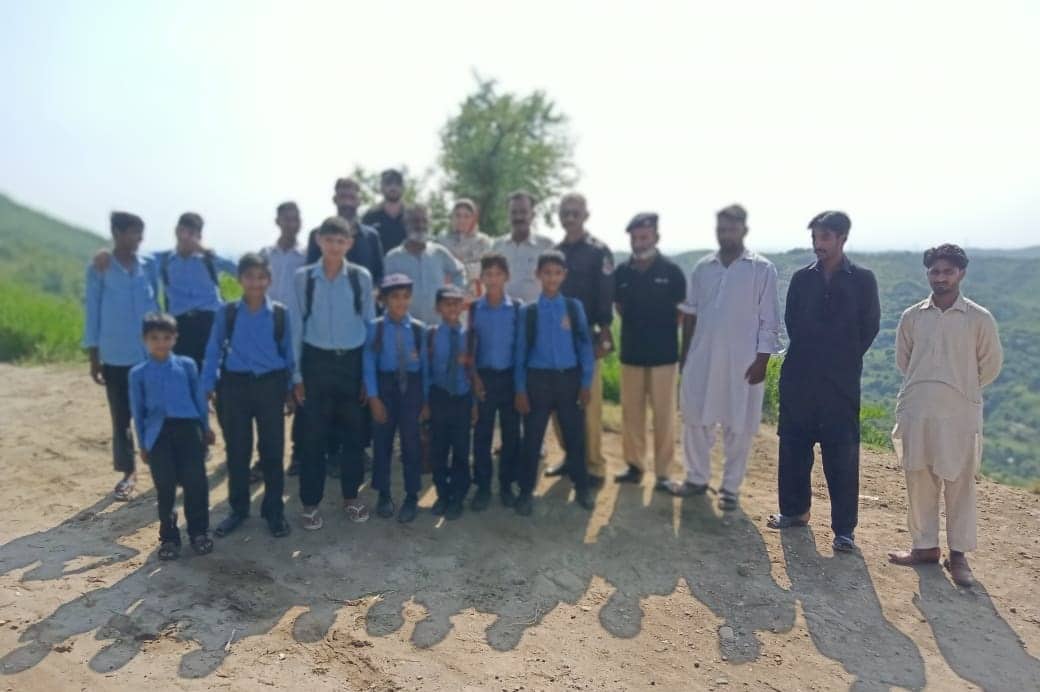 The Wildlife department team also distributed pamphlets and simple-worded flyers about how the locals can save themselves and their animals from the common leopard.

The Assistant Director and her team then visited Pharri, where they had received complaints of livestock being attacked by leopards, and spoke to an old man whose cow had been attacked.

Aziz told ProPakistani that these villages are small settlements with around eight houses each, and that she asked the man how and where the leopard had attacked his cow. The owner replied that he and the villagers permanently set their animals out into the jungle during the day and that is where they grow up, breed, and live, never returning to the village. He maintained that it was in the jungle that his cow had been killed by the leopard that had also injured a couple of goats.

The villager also affirmed that the leopards had never attacked any people or animals within the village.

Aziz remarked that it is obvious that the leopards will attack and kill easy prey in their natural habitat but noted that the situation is not serious as there had only been one or two attacks on the livestock.

After analyzing the situation, she and her team continued to educate the villagers of Pharri and Khad about the common leopard and how they can save themselves from being attacked.

About the Common Leopard

The common leopard is often found in northern Pakistan and sometimes in some areas of Balochistan. It is one of Pakistan’s protected species, and it is illegal to hunt them under all provincial laws.

The World Wide Fund for Nature – Pakistan (WWFP) has listed the common leopards as the largest predators of their ecosystem and states that they also play an important role in maintaining it.