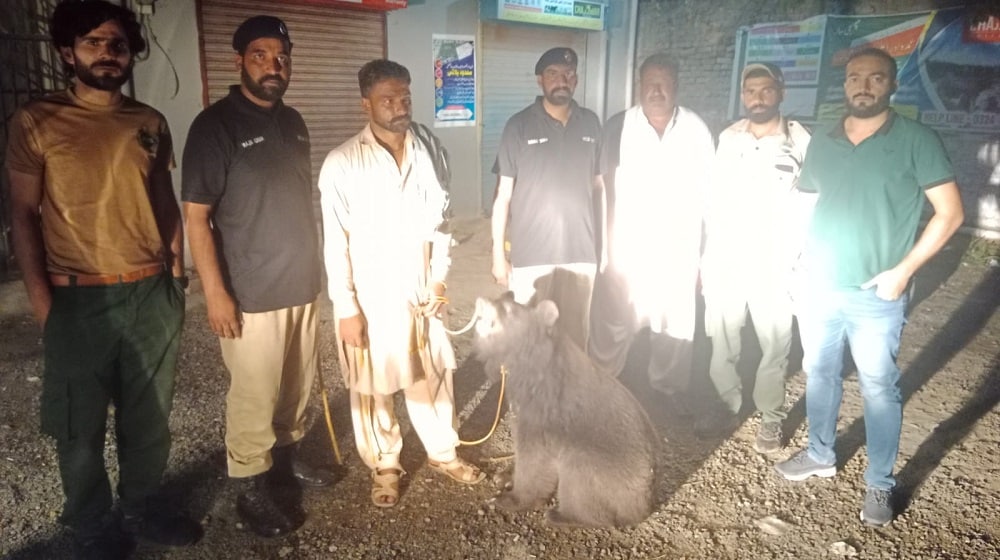 Assistant Director Wildlife Rawalpindi, Rizwana Aziz, told ProPakistani that she was informed by a local named Abdul Rafay about a man roaming in the streets of Gujar Khan with a bear cub that had ropes in its nose and neck, and appeared to be in a ‘very bad condition.’ 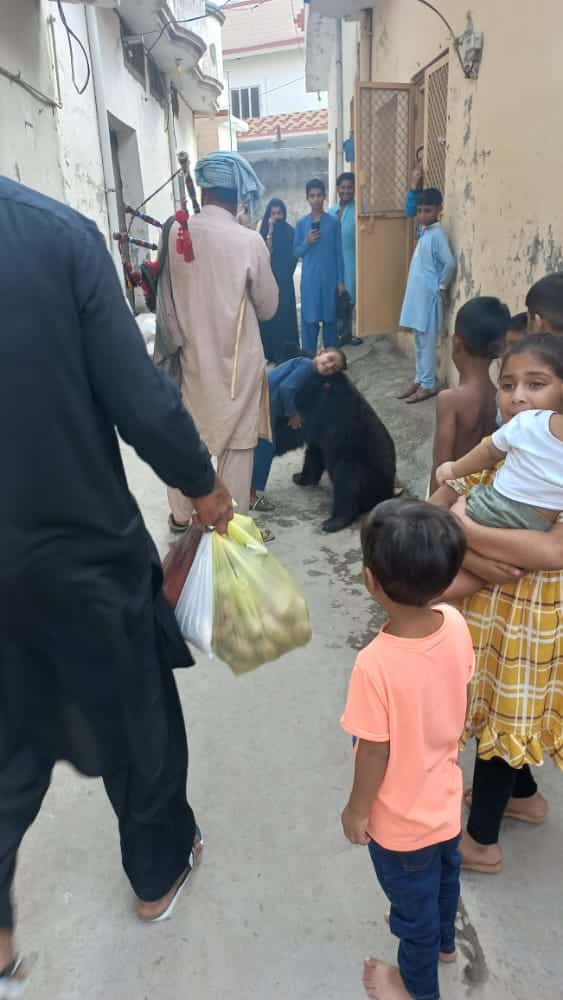 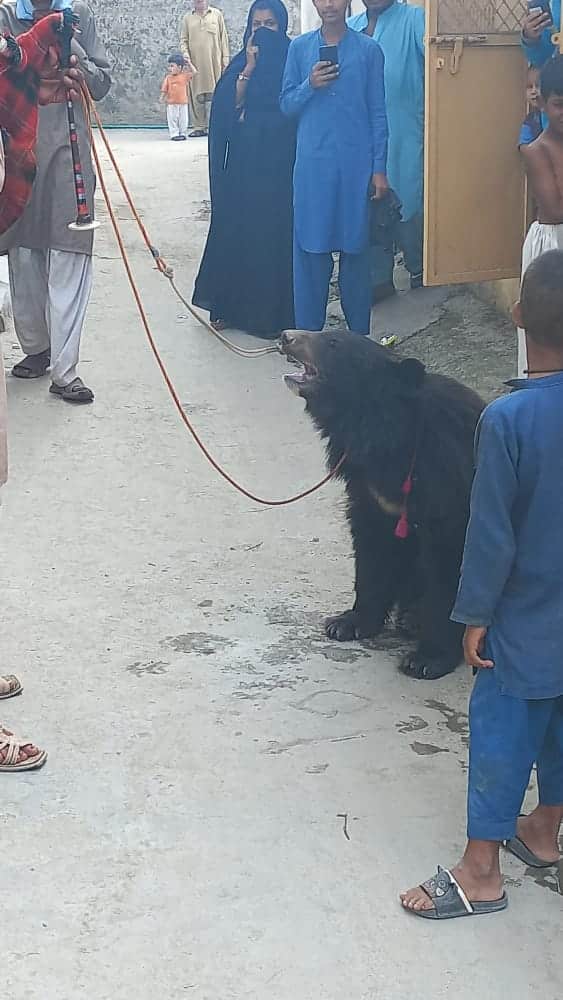 The Gujar Khan wildlife staff immediately reached the locality and traced the whereabouts of the owner and apprehended him. The young female bear, called ‘Barfi’, was also confiscated and taken to safety.

The Rawalpindi Wildlife authorities presented the owner of the bear in court on Friday morning and he was fined Rs. 10,000 (a copy of the receipt is available with ProPakistani). The court also ordered for the black bear to be confiscated and sent to the Islamabad Wildlife Management Board (IWMB). 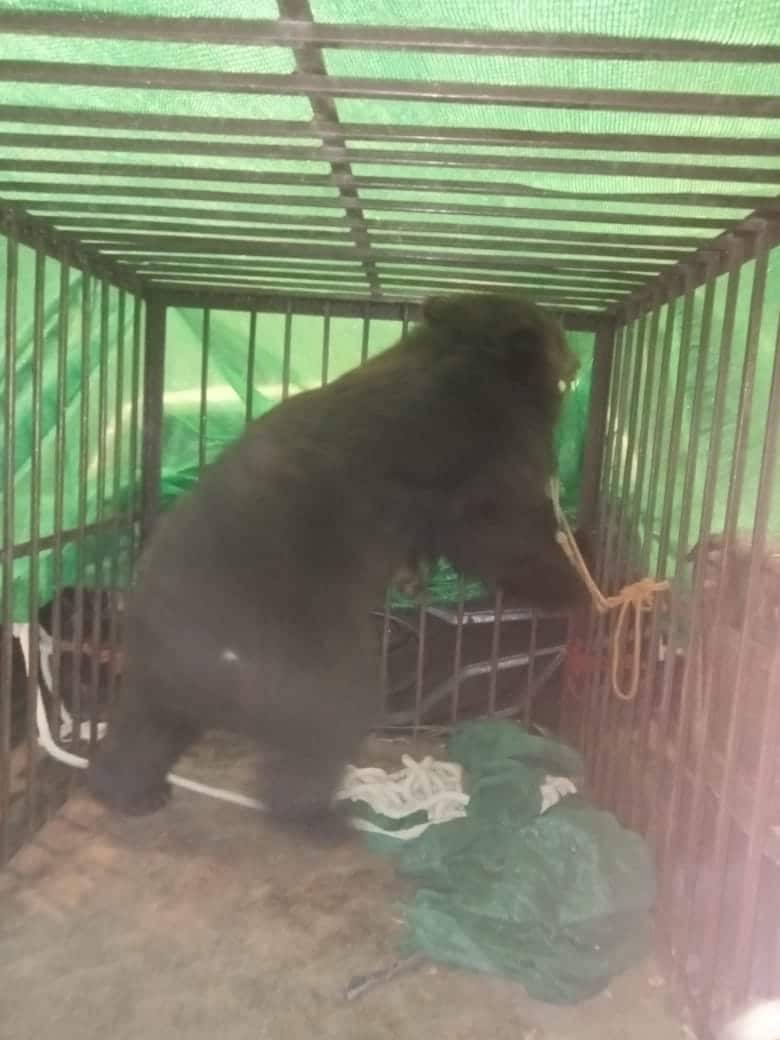 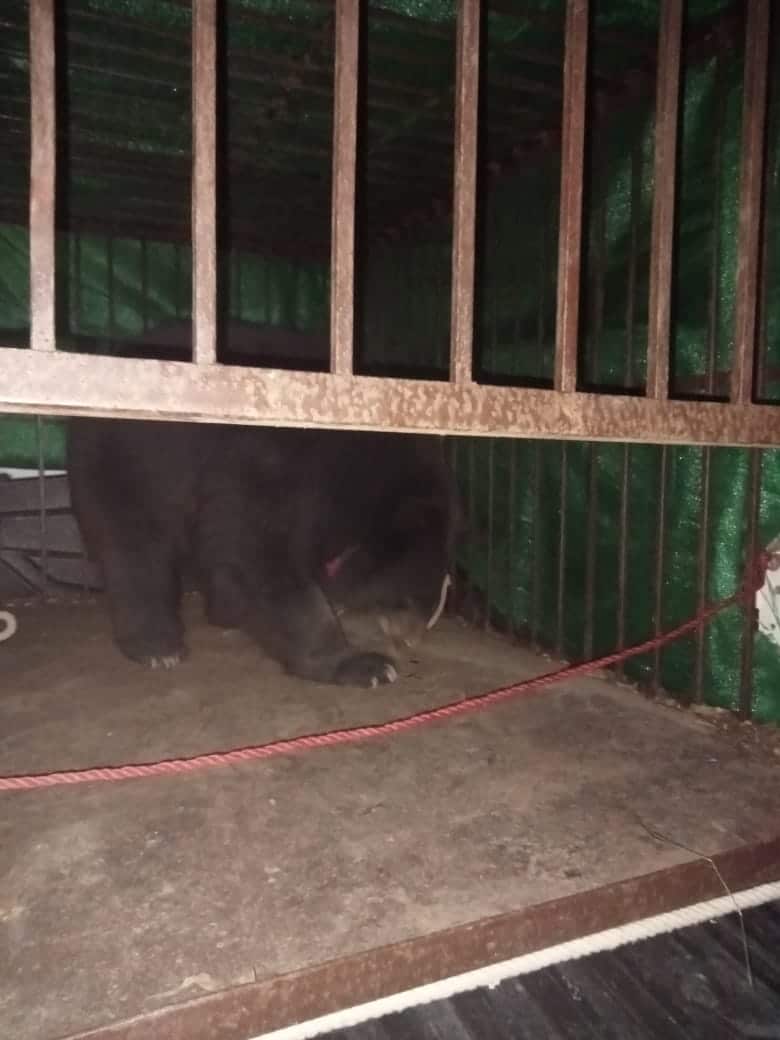 Bear dancing is a cruel spectacle in Asia, which involves gypsies stealing wild bear cubs and torture-training them to ‘dance’ on the streets as a form of begging.

The act is now a criminal offense in Rawalpindi.

An IWMB official informed ProPakistani that Barfi has been checked by a vet. Her nose ring has been removed and although she is a healthy two-year-old, her front teeth are broken.

“She will be vaccinated for rabies and kept in quarantine for two weeks, and then will be introduced to a two-and-a-half-month old male bear, Ladoo. Both are retired dancing bears,” the official said.

Rina S. Khan Satti, the Chairperson of the IWMB, tweeted a series of updates about Barfi today, detailing her condition after her rehabilitation began.

Barfi, a 2 years old Black Bear cub has been rescued from streets of Gujjar Khan by @PunjabWildlife & handed over to @WildlifeBoard for care & rehabilitation. Barfi arrived in Isd Friday morning. She’s healthy but front teeth broken. The cruel practice of bear dancing must end! pic.twitter.com/P20rpaiaz4

Explaining how the IWMB is equipped to take care of rescued bears, Satti also tweeted, “IWMB is trying its best to give rescued black bears a good quality life with enrichment in their enclosures & good diet of rotis & fruits. We have trained keepers & part time vet. All our bears are healthy and happy. Here is new video of our famous Daboo & Baloo his best friend!”