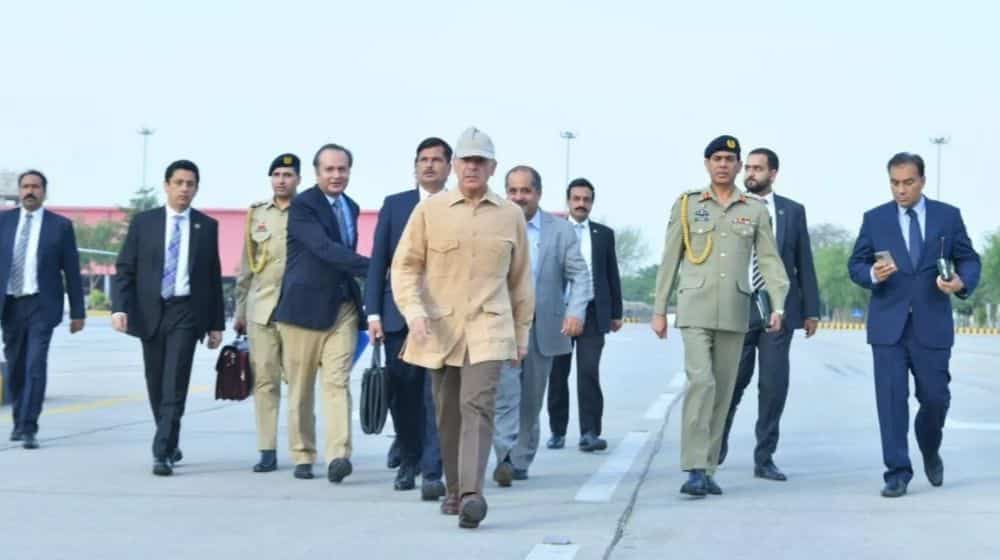 A video is doing the rounds on social media, in which the heads of developing countries, including the Prime Minister (PM) of Pakistan, Shehbaz Sharif, arrive at Buckingham Palace on buses for Queen Elizabeth II’s funeral ceremony.

Viral videos show that only the President of the United States, Joe Biden, was reportedly escorted into the palace in a convoy, in complete contrast to the transportation of the leaders of developing states.

Our leaders went to the UK and are being treated the way they treat us🤡… pic.twitter.com/2LreyyS4oJ

A Kenyan citizen, Emmanuel Lumumba, sarcastically tweeted, “Our leaders went to the UK and are being treated the way they treat us.”

PM Sharif’s treatment like a commoner was revealed when Kenya’s news agency, Kenyans, tweeted photos of Kenya’s President, William Ruto, waiting in line at the entrance, with PM Sharif standing behind him.

President Ruto arrives in a bus at at Buckingham Palace to attend state reception in honor of Queen Elizabeth II pic.twitter.com/RmUhBKvoKU

In other news, a video of the premier having a tough time setting up a translation device for an interview with Russian President Vladimir Putin also made waves on social media.

The viral clip was from the 22nd Summit of the Shanghai Cooperation Organization (SCO) last week during which he needed the technical staff’s assistance to have his device fixed while the other leader waited patiently.