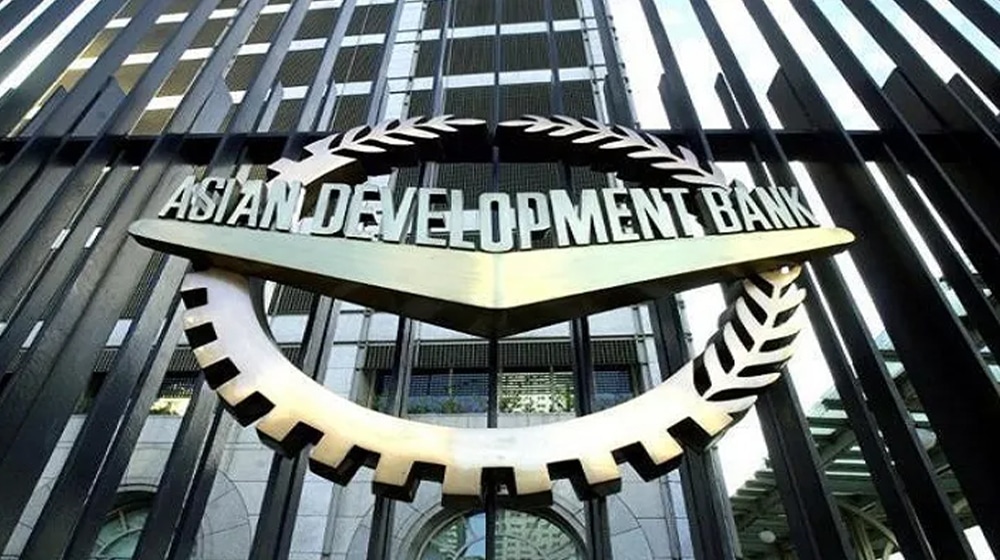 The Asian Development Bank (ADB) has predicted Pakistan’s economic growth rate to slow down to 3.5 percent in the fiscal year (FY) 2023 (ending 30 June 2023) from 6 percent in the prior year.

Pakistan’s economy is forecast to slow to 3.5 percent FY23 amid devastating floods, policy tightening, and critical efforts to tackle sizable fiscal and external imbalances, even as growth in FY2022 is expected to have reached 6.0 percent, ADB said in a report today. 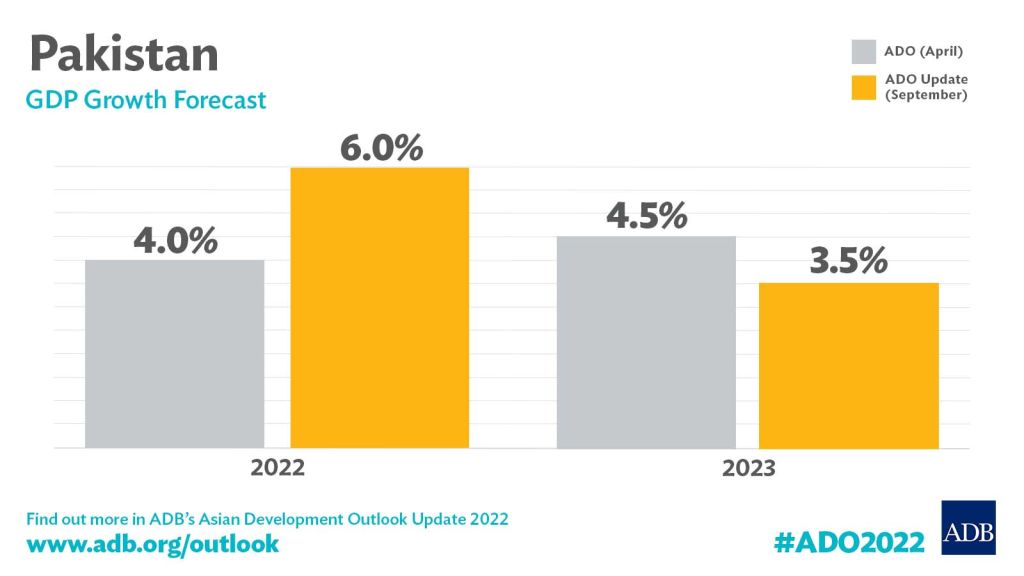 According to the Asian Development Outlook (ADO) 2022 Update, gross domestic product (GDP) growth in Pakistan in FY2022 was propelled by higher private consumption and an expansion in agriculture, services, and industry—particularly large-scale manufacturing.

“The recent devastating floods in Pakistan add profound risk to the country’s economic outlook,” said ADB Country Director for Pakistan Yong Ye. “We hope that flood-related reconstruction and economic reforms will catalyze significant international financial support, stimulate growth, and preserve social and development spending to protect the vulnerable. ADB is preparing a package of relief, rehabilitation, and reconstruction to support people, livelihoods, and infrastructure immediately and in the long-term”.

The economic outlook will be shaped largely by the restoration of political stability and the continued implementation of reforms under the revived International Monetary Fund program to stabilize the economy and restore fiscal and external buffers.

According to the update, private consumption expanded by 10 percent in FY2022 resulting in improved employment conditions and higher household incomes. Agriculture output increased by 4.4 percent in FY2022 supported by strong performances in crops and livestock. Agriculture growth is expected to moderate due to flood damage and high input costs next year, which may diminish services growth, particularly wholesale and retail trade.

In FY2023, fiscal adjustments and monetary tightening are expected to suppress domestic demand. A contraction in demand, together with capacity and input constraints created by higher import prices from the rupee’s depreciation, will reduce industry output.

The report determined that inflation accelerated sharply in the fourth quarter (April–June) of FY2022, spurred by the removal of fuel and electricity subsidies, a significant depreciation in the rupee, and the surge in international commodity prices. Inflation spiked to 21.3 percent in June, its highest since 2008, lifting average headline inflation to 12.2 percent in FY2022. Inflationary pressures will remain high in FY2023 with inflation forecast to rise to 18 percent.

In addition to the floods, the elevated inflation rate along with possible fiscal slippages as general elections approach, and a higher-than-projected increase in global food and energy prices, remain downside risks to the outlook.

ADB is committed to achieving a prosperous, inclusive, resilient, and sustainable Asia and the Pacific while sustaining its efforts to eradicate extreme poverty. Established in 1966, it is owned by 68 members—49 from the region.