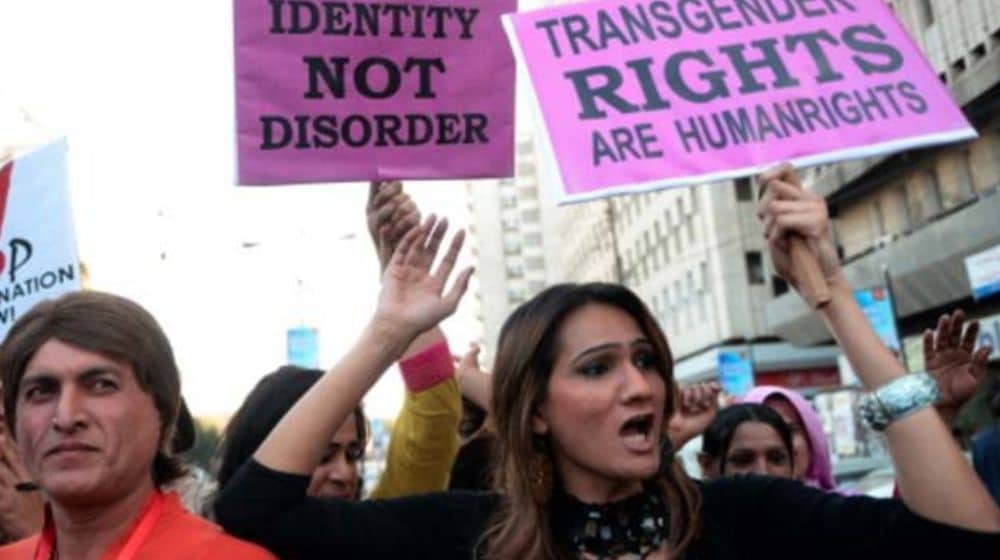 Pakistan’s Federal Shariat Court (FSC) has declared that self-perceived gender identity alone does not make one a transgender person.

Meanwhile, the court approved the applications submitted by Jamaat-e-Islami (JI) Senator Mushtaq Ahmad Khan, Farhatullah Babar of the Pakistan Peoples Party (PPP), and transgender rights activist, Almas Bobby, for them to become parties to the case, and ordered them to submit their written reports.

The attorney representing the Ministry of Human Rights (MoHR) argued that its only responsibility is to implement the law, and clarified that it had no role in the legislative process.

CJ Anwer remarked that one would not identify as a blind person after closing their eyes, and similarly, one cannot become a transgender person by simply calling themself one. He further stressed that the main issue is about the rights of transgender people.

Pakistani columnist, Orya Maqbool Jan, informed the court that the National Assembly (NA) had unanimously passed the bill that had been opposed by only three legislators who had demanded that it be sent to the relevant committee for review.

Babar stated that he had been part of the legislative process and wished to brief the court about the bill’s objective and the parliamentary discussion on it. He revealed that three separate bills had been combined into the one that was eventually passed as a law.

Senator Ahmad’s and the JI’s attorney, Imran Shafiq, notified that a new bill has been filed in the Senate, and argued that no person should be permitted to change his/her gender at will.

Furthermore, an NGO’s lawyer maintained that this act has combined multiple distinct issues, and added that it is a birth defect that can be remedied and that their organization has treated many people.

Transgender activist, Bubbly Malik, contented that they have been referred to as an LGBTQ (lesbian, gay, bisexual, transgender, and queer) person while transgender and LGBTQ communities are entirely separate. Malik also asked the court to consult with gender specialists on the issue and recommended the names of Farzana Bari and Fatima Ehsan for this.

However, Jan disagreed with the categorization and emphasized the necessity for a medical specialist, such as a sexologist, to weigh in.

Besides this, the transgender community urged the court to prohibit the discussion of this issue on social media as it fuels animosity toward the community.