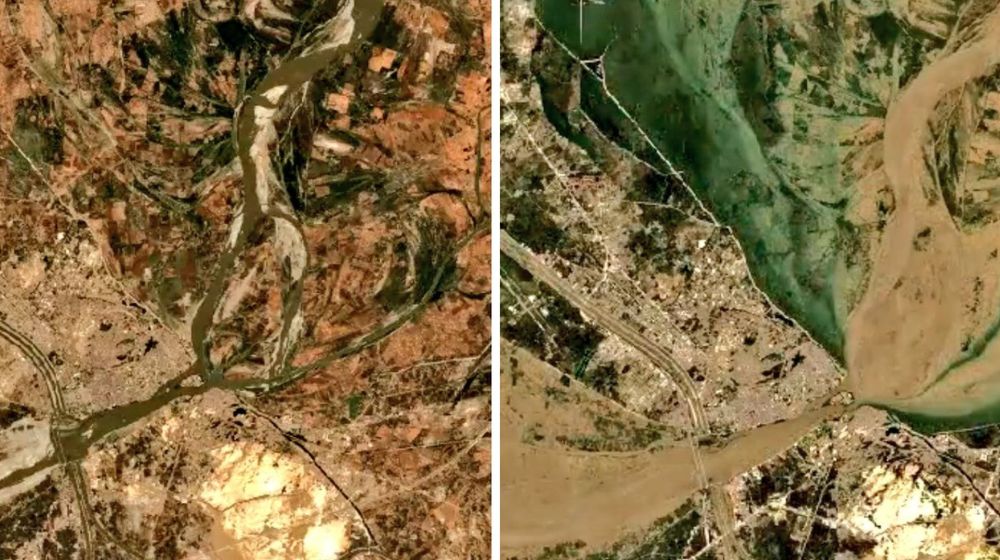 PakWeather, a private automated weather station network, has shared shocking before and after satellite images of the Indus River in Sindh that show the devastating impact of floods.

The raging floods inundated around half of the country, killing and displacing thousands of people in all provinces.

Taking to Twitter, PakWeather blamed the drastic change in the Indus River on climate change, however, it failed to mention the date and specific location of the images.

In another tweet, it shared a satellite image of the bordering areas of northern Sindh and eastern Balochistan, which show that the floodwaters have receded, leaving newly grown greenery in the areas.

🔴 Satellite data as of 21 September 2022 indicates that flood water is now drained out from extreme Northern #Sindh and Eastern #Balochistan, while vast newly formed greenery can be seen.#FloodsInPakistan2022 #Sindhfloods pic.twitter.com/Ox8hyJt10r

Earlier, the National Aeronautics and Space Administration (NASA) had released satellite images of Manchhar Lake near Jamshoro and Dadu districts in Sindh.

Images captured through NASA’s Operational Land Imager tool on the Landsat 8 satellite on 25 June, 28 August, and 5 September this year indicate the extent to which the lake and its spillover had inundated the villages.

Here are the satellite images of Manchhar Lake taken on the above-mentioned dates: 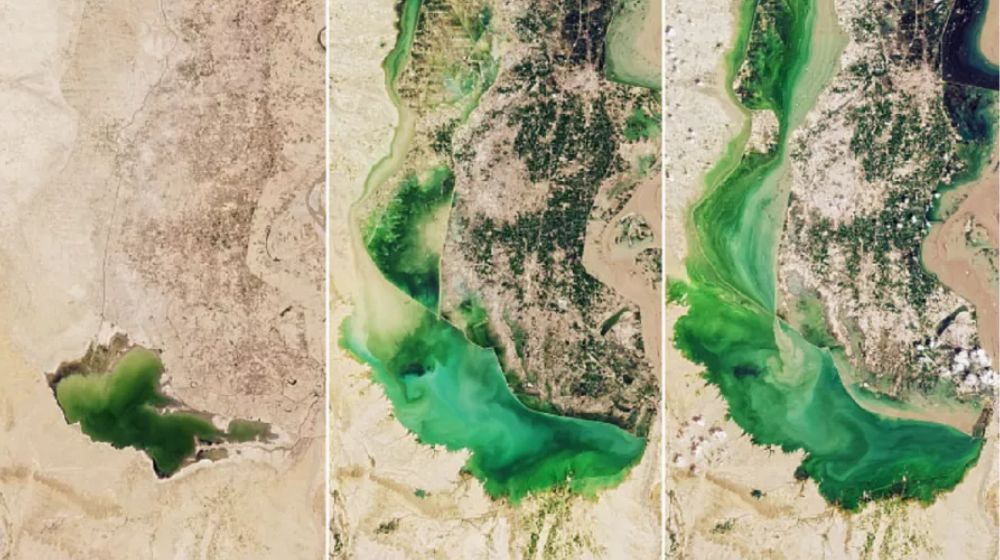