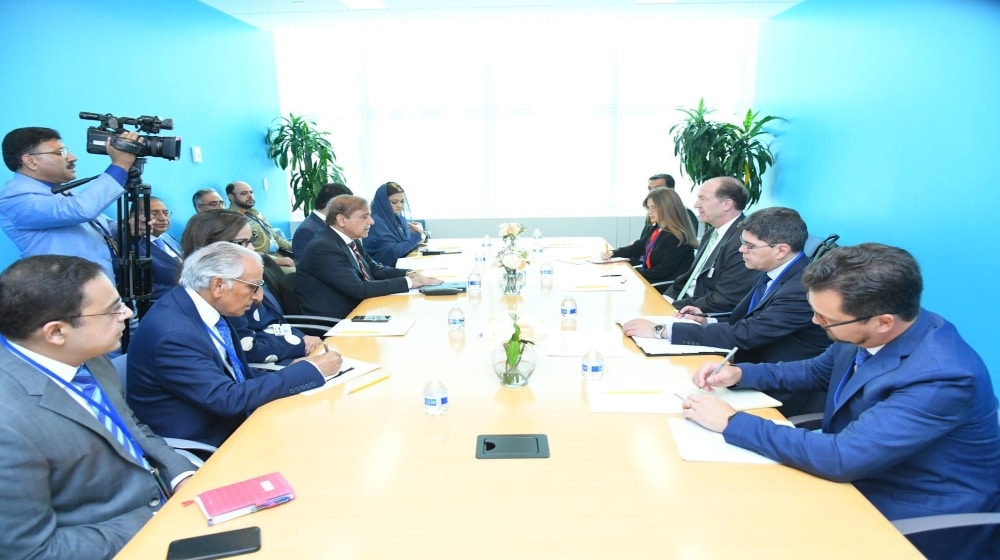 President of the World Bank Group, Mr. David R. Malpass, agreed to repurpose $850 million immediately for flood relief works in Pakistan. He gave this commitment in a meeting with Prime Minister Shehbaz Sharif on the sidelines of the 77th UN General Assembly Session in New York, Wednesday night (local time).

The Prime Minister appreciated the World Bank’s partnership with Pakistan and informed him about the government’s steps to introduce economic policies focused on strengthening the economy, price stability, and maintaining the sustainability of the external and fiscal sectors. He also explained the government’s pressing requirements for additional investment and financial resources from the global community to mitigate the devastating impact of climate change on the people and economy of Pakistan.

Pakistan mired by flood relief work which not only damaged its physical infrastructure but food supplies, crops and over 33 million people across Pakistan in the last two months. It also created huge pressure on its foreign exchange payments and depreciated its currency in a huge way.

Pakistan was crying for international support from every quarter. Country’s top leadership is in USA at UN annual General Meeting to muster support for these efforts.

The Prime Minister apprised him of the devastating impacts of the unprecedented catastrophic floods in Pakistan. He thanked the World Bank Group for repurposing the funds toward flood relief activities and providing $372 million. He underlined that Pakistan made little contribution to climate change, yet it faced the impacts disproportionately. The President stressed that Pakistan must be prioritized for resilient reconstruction through the international community’s collective support.

Mr. Malpass expressed sympathies and condolences over the loss and destruction caused by the floods. He also expressed the World Bank Group’s readiness to support Pakistan in its reconstruction and rehabilitation endeavors.

The two sides also agreed to continue working together to strengthen governance and service delivery in Pakistan through institutional reforms.