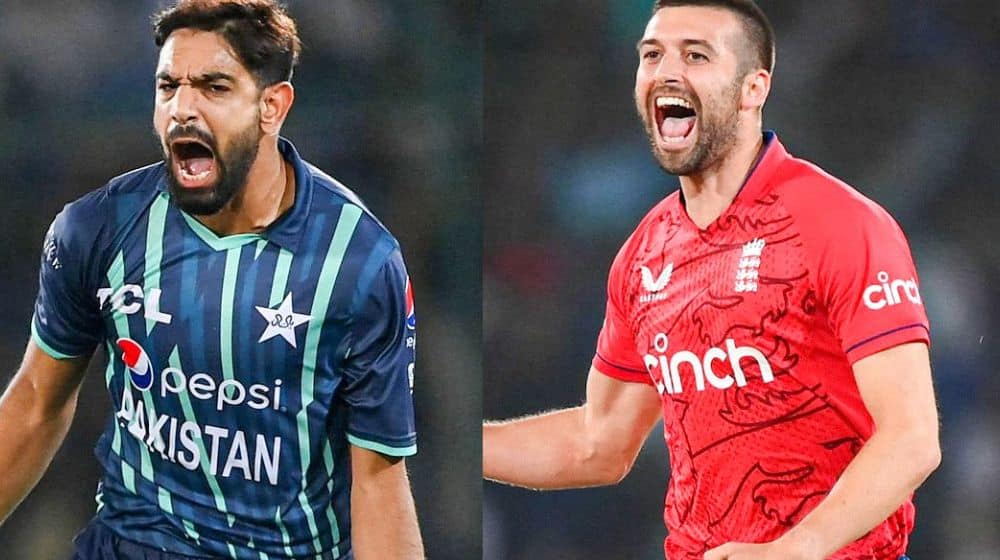 Pakistan defeated England by three-runs in an exciting finish at the National Stadium Karachi on Sunday, leveling the seven-match T20I series at 2-2 thanks to a bowling attack’s brilliance.

Haris Rauf was awarded player of the match for his match-changing spell in the death overs, taking 3 for 35 including dismissing Liam Dawson and Olly Stone in successive deliveries of the 19th over.

Meanwhile, England’s star pacer, Mark Wood, who recently made a strong comeback to the national side, was impressed by Haris Rauf’s bowling saying, “Maybe I’ll chat to him and see if he’s willing to share some secrets.”

Speaking to the media after the fourth encounter in Karachi, England’s star pacer stated that Rauf has the same height and pace as him, but the way he uses his arm while bowling slower one is very good.

“He’s someone that’s my height, my pace, skiddy. And he has an excellent slower ball. His arm speed for his slower ball is very good and that’s something I’m not good at and would like to get better at,” he added.

It is worth noting that Wood returned to the side after an injury in the third game of the series and guided his team to a 63-run victory over the home team, taking 3 for 24 in four overs including the prized scalp of Babar Azam.