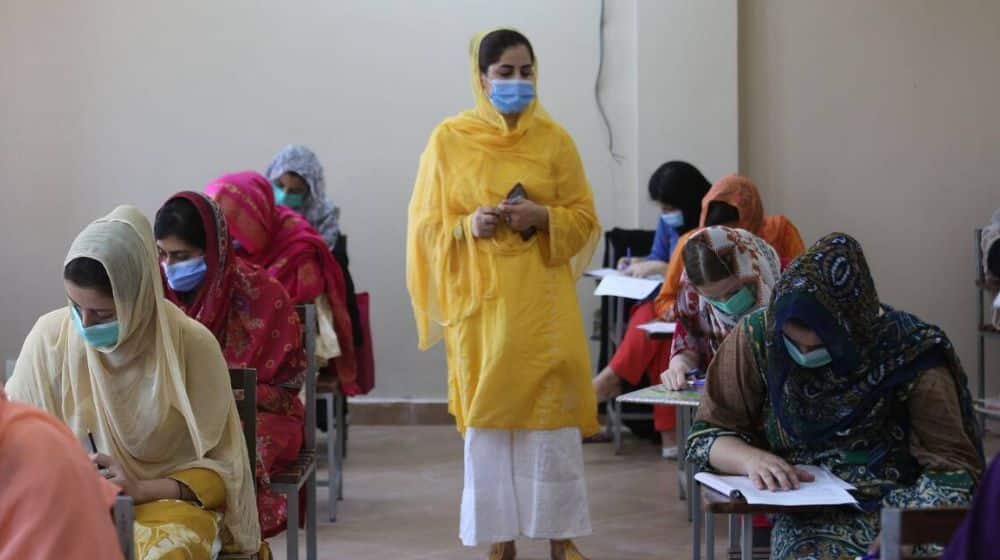 The Pakistan Medical Commission (PMC) met the Vice-Chancellors (VCs) of all medical and dental institutes of Khyber Pakhtunkhwa (KP) and Islamabad on Monday to discuss the date of MDCAT 2022.

According to the details, the VCs suggested that PMC President, Dr. Noushad Sheikh, hold the Medical and Dental College Admission Test (MDCAT) on either 13 or 20 November.

Last week, Sindh’s Health Minister, Dr. Azra Fazal, also called on PMC President, recommending him to conduct MDCAT in November this year as the country is grappling to overcome the damages inflicted by the floods.

During the meeting, Dr. Azra suggested the PMC hold MDCAT 2022 in mid-November. She also lauded the PMC for its role in improving the standard of medical and dental education in the country.

Earlier this month, the PMC also fixed new pass percentages of MDCAT for MBBS and BDS programs. The MBBS pass percentage has been fixed at 55% and BDS at 45%.

Last month, the PMC had originally announced to hold the MDCAT for admissions to MBBS and BDS programs from 7 to 30 September at designated test centers all over the country.

However, after a few days, record-breaking monsoon rainfall-induced floods wreaked havoc in different parts of Pakistan, forcing the PMC to reconsider its earlier decision.

The Ministry of National Health Services, Regulations, and Coordination (NHSRC) had also asked the PMC to postpone the scheduled MDCAT 2022 due to floods.

In an official letter to the PMC, the Ministry highlighted that 81 districts in Sindh, Balochistan, South Punjab, upper KP, and GB have been affected by the floods and major infrastructure has been washed away.

Therefore, the PMC should postpone MDCAT 2022 to facilitate the students from the flood-hit districts, the letter concluded.