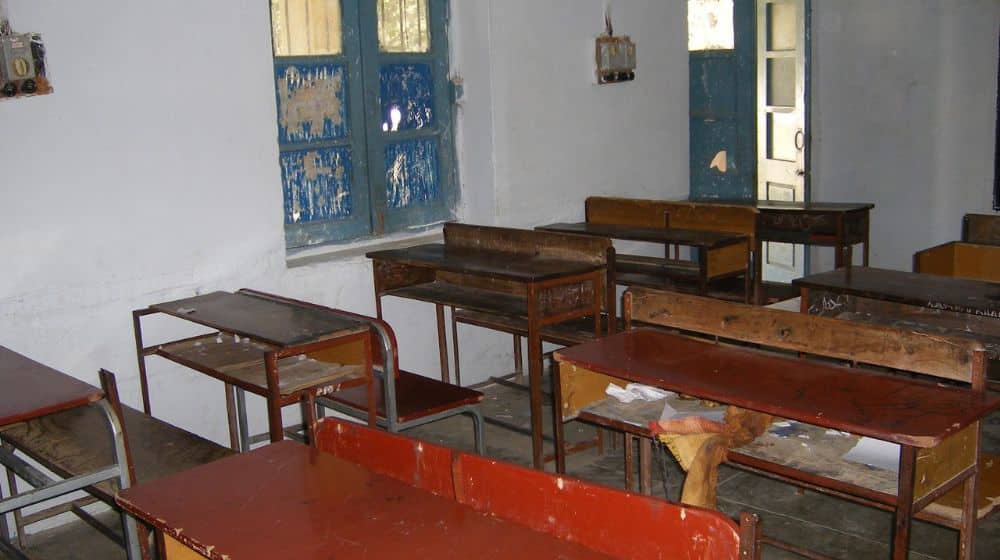 Students of the National DMB Government Girl Campus High School in Sukkur have accused the school’s teachers and principal of taking their pocket money and forcing them to do the sweeping and cleaning work in the school.

The students revealed that the teachers took their pocket money, from Rs. 10 to 30 each, in the guise of paying the sweeper, but since no sweeper was present, the students were forced to perform the cleaning duties.

They continued that following the re-opening of the school post-monsoon, only the students have been cleaning the school while also losing their pocket money in the name of sweeper’s wages and that the ceiling fans of the building do not work, forcing the students to take classes without fans in the hot weather.

A student’s mother also expressed her displeasure with the school administration, saying that it was in no way the right thing to do to make the students clean the building and punish them if they refused.

One of the school teachers stated that the school’s director had ordered them to make the students do the cleaning in the absence of a sweeper.

The school’s principal, Naseem Lakho, however, became angry and started threatening the woman journalist when asked about her misconduct with the students. She warned the journalist that she will file a case against her if she did not delete the recorded video footage.

Eventually, though, the principal admitted to the student’s accusations, saying that they were forced into cleaning work as a punishment for arriving late. Yet, it is to be noted that the school has allegedly not hired cleaning staff at all for the past few months.