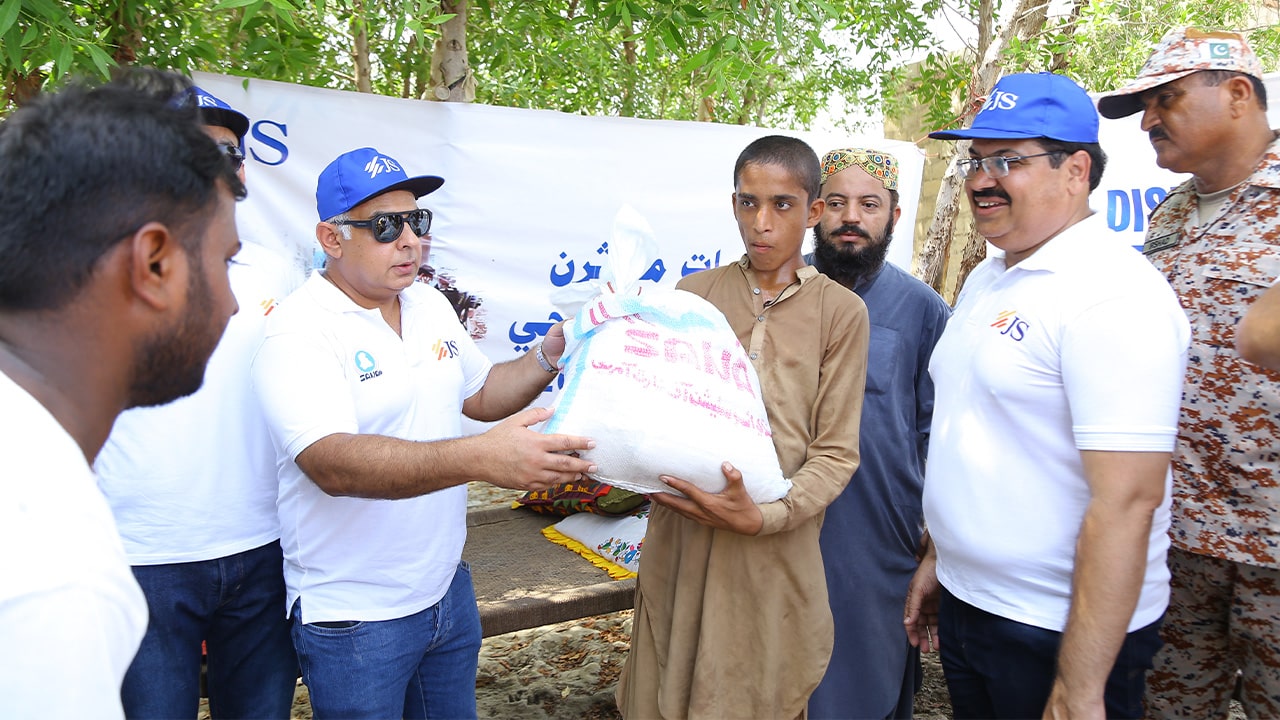 JS Bank has joined hands with partners such as the Sindhi Association of North America (SANA) to ease the difficulties being faced by people in the flood-affected areas through a team of qualified doctors, paramedic staff, and volunteers led by Jamil Memon – Head of Admin & CSR, JS Bank.

The estimated outreach of this program is 20,000+ people and is expected to grow as the efforts are expanded to further areas.

Basir Shamsie – President & CEO, JS Bank, personally visited the camps, along with senior team members to review the efforts of the JS Flood Relief team, which has been working on the ground.

Speaking at the location, he said, “JS Bank is committed to giving back to the community in which it operates and is actively making efforts to ease the difficulties of the affectees, as it had done in the 2010 floods. We are standing by the nation and will continue to do in times to come.”

“We are focusing our efforts on hard-to-reach villages in the area to provide relief to those who are in the worst impacted conditions,” said Jamil Memon.

As per the United Nations Office for the Coordination of Humanitarian Affairs (OCHA), due to the floods, some 33 million people have been affected in 116 of the country’s 160 districts.

Nearly 1,200 people have died and over 4,900 have been injured. Over 1.1 million houses have now been damaged or destroyed and more than 470,000 people are living in camps.

In addition, at least 3.6 million acres of crops/orchards have been affected and over 733,000 livestock killed according to initial estimates.

Committed to its role as a socially responsible bank, JS Bank continues its flood relief efforts by providing quality healthcare through its mobile clinics as well as distributing food rations among those who need it most.