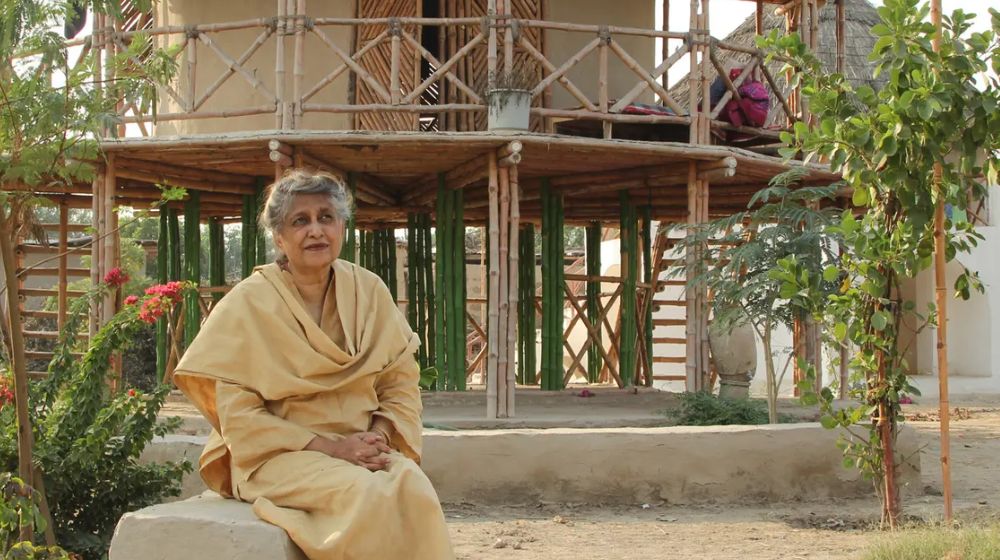 She got the idea to make these bamboo shelters since the country faced a major shortage of tents, which are also a less durable option in such disasters.

Note that the recent raging floods affected over 33 million people and destroyed over a million houses across the country, particularly in Sindh.

Furthermore, she elaborated that the houses can be disassembled and moved, and their parts can also be utilized in permanent constructions.

Lari detailed that she started using bamboo, as it was available in abundance at a relief camp where she was working and also because it was time-consuming to acquire bricks in that area.

It is pertinent to mention that the shelters can be assembled by anyone without experts’ assistance and the foundation has uploaded a tutorial video on its YouTube channel.

Lari, 81, is often dubbed as the country’s first female architect. She has a long career in designing major commercial projects, including the Taj Mahal Hotel (now Regent Plaza), the Finance and Trade Center (FTC), and the Pakistan State Oil (PSO) House Headquarters in Karachi.

However, she retired in 2000 and has since been working on humanitarian architecture initiatives that combine Pakistani culture with low-carbon and practical solutions, which she refers to as her “past life’s atonement”.