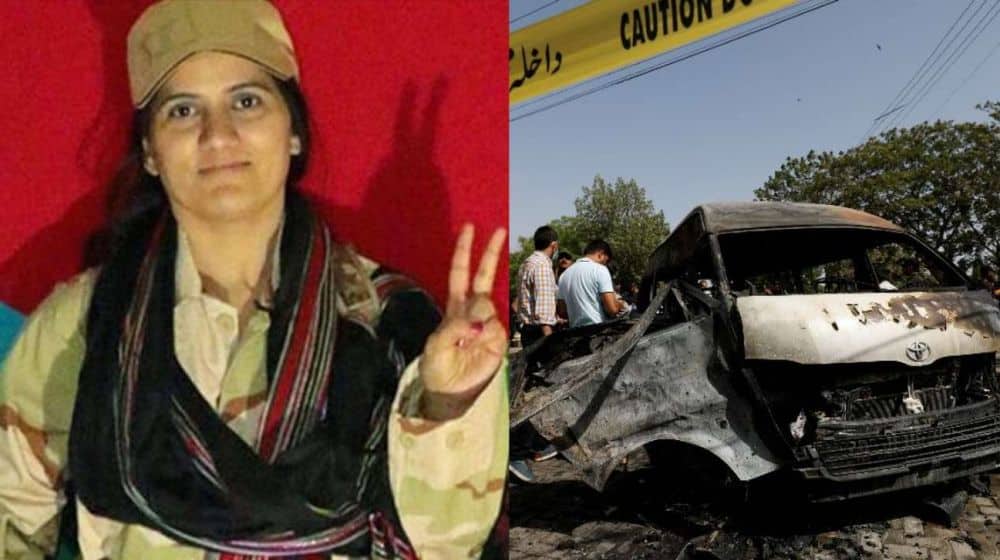 The Investigation Officer (IO) has revealed in the charge sheet that Shari Hayat Baloch, was in fact brainwashed by her husband, Habitan Bashir, into conducting a suicide bomb attack on the University of Karachi’s (KU) Chinese teachers.

The Administrative Judge of the Anti-Terrorism Court (ATC) accepted the charge sheet presented by the IO and moved the case to the ATC-XVI for further proceedings.

According to the charge sheet, a video was uploaded online prior to her attack, in which she could be seen with her two children while wearing a suicide jacket openly in a park. In the video’s second part, she communicates Balochistan’s freedom message in the Balochi language.

In this regard, the IO maintained that her video and her husband’s tweet offered compelling evidence that he indoctrinated her into joining the Balochistan Liberation Army (BLA), a violent non-state actor (VNSA), and carrying out the suicide attack on the Chinese Nationals.

He detailed that statements of the witnesses have been recorded under Section 161 of the Code of Criminal Procedure (CrPC), while evidence has also been gathered, including CCTV footage, DNA samples for profiling, and forensic reports.

Moreover, he elaborated that she came to the crime scene on a rickshaw from her rented apartment in Delhi Colony, and added that forensic experts collected evidence from her apartment and from a hotel room where her husband stayed. Later, it was revealed that none of the fingerprints taken from her apartment matched with NADRA’s records.

The intelligence reports indicate that all the suspects involved in this case have moved abroad, especially to Afghanistan. They conspired to damage the bilateral ties between Pakistan and China through terrorist attacks.