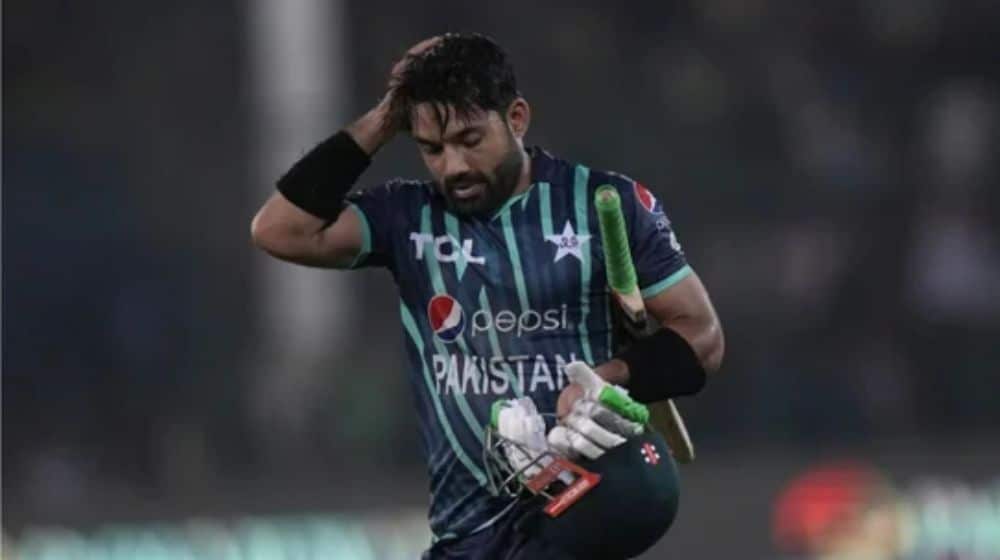 Indian media launched a false anti-Pakistan propaganda campaign against Mohammad Rizwan by misinterpreting a video showing him lifting the national flag with his foot.

A video of Mohammad Rizwan signing jerseys, flags, and caps for supporters went viral on social media. Among other things, Mohammad Rizwan signed a long flag that fell down the table and landed on his feet. After signing the flag, the star cricketer lifted it off his foot and placed it on the table.

While the original video showed no disrespect for the national flag, the Indian media and social media users began a false propaganda campaign by casting it in a negative light.

The video has been widely circulated in Indian media, with the fake allegation that Mohammad Rizwan is anti-Pakistan.

The Indian media has frequently circulated rumors and imposed allegations in order to damage Pakistan, and the fabricated story about Mohammad Rizwan is just another chapter in the never-ending anti-Pakistan drama.