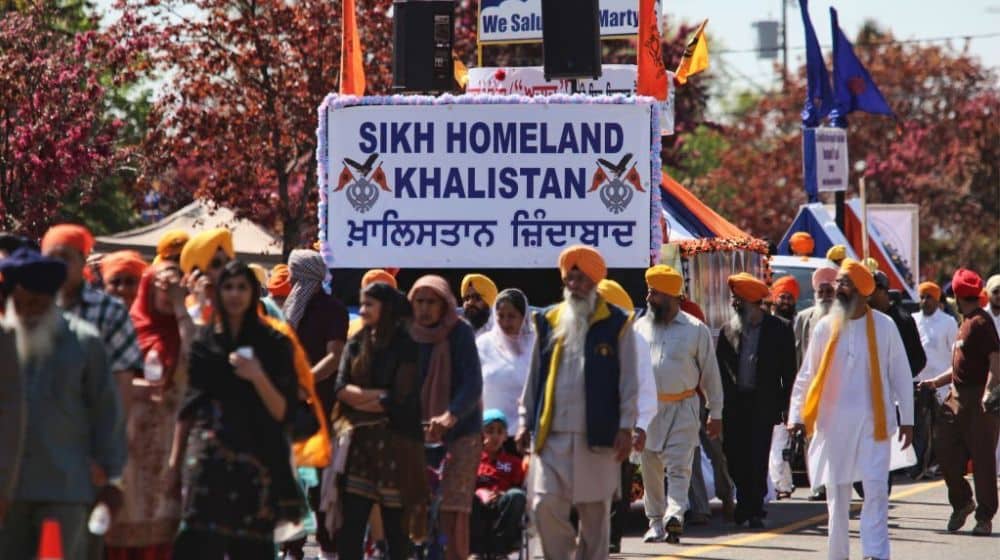 Nearly 208,000 Sikhs participated in Khalistan referendums conducted in four countries, which were organized to seek independence of Indian Punjab and establish a sovereign country for Sikhs called Khalistan.

The most recent one was held in Brampton in Canada on 18 September wherein 110,000 Sikhs participated. A secessionist group, Sikhs For Justice (SFJ), under the command of its leader, Gurpatwant Singh Pannu, democratically organized the polling.

On the occasion, Pannu also revealed a proposed Khalistan map and its federal capital, Shimla, to the participants and media outlets, which was followed by pro-Khalistan slogans by the voters.

Furthermore, analysts believe that the Sikh movement is gaining momentum among its own community.

Note here that the first referendum was held in the UK in October last year, in which 30,000 Sikhs voted. Similarly, over 6,000 people voted in favor of an independent state in voting that was held in Geneva, Switzerland last December. Over 62,000 Sikhs voted in the one held in Italy.