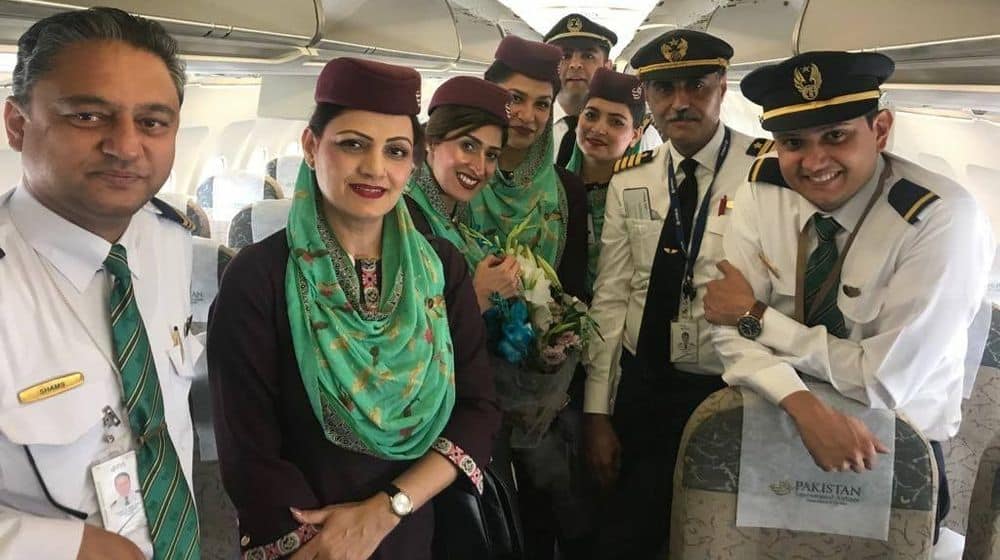 Pakistan International Airlines (PIA) has released a clarification after it directed its male and female cabin crew to ensure wearing undergarments during off-duty hours.

In this context, PIA’s Chief Human Resource Office (CHRO), Air Commodore Amer Altaf, issued a letter to the cabin crew, stating that the intention was to ensure a proper dress code, but the incorrect choice of words resulted in the national airline’s defamation and mockery on social media.

Subsequently, the management has revoked the letter in question with immediate effect, the notification read, asserting that the crew members are the airline’s Brand Ambassadors and are always held in the utmost regard and esteem.

Here is the clarification letter. 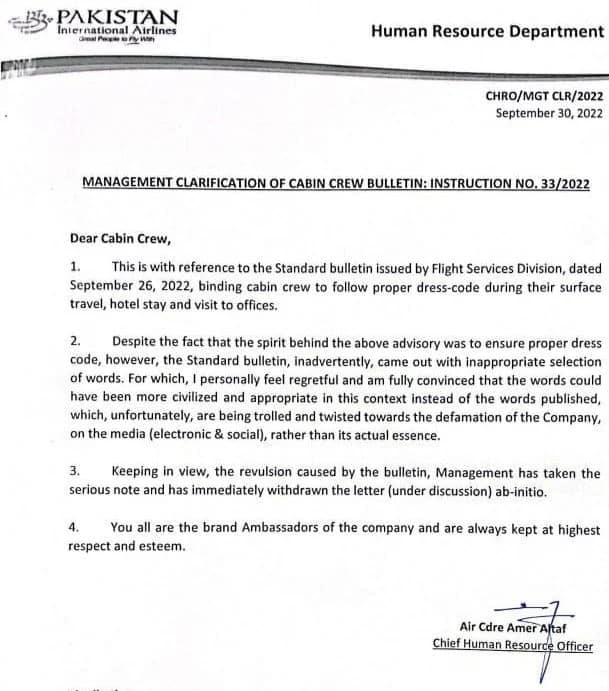 Earlier, PIA’s General Manager (GM) Flights Services, issued an advisory and stated the company has observed that some cabin crew members tend to dress casually while traveling intercity, staying in hotels, and visiting various offices, which results in disrepute of the company.

Therefore, they are required to dress properly in formal plain clothes, which are worn over proper undergarments. In addition, the attire should be in accordance with national and cultural morals.