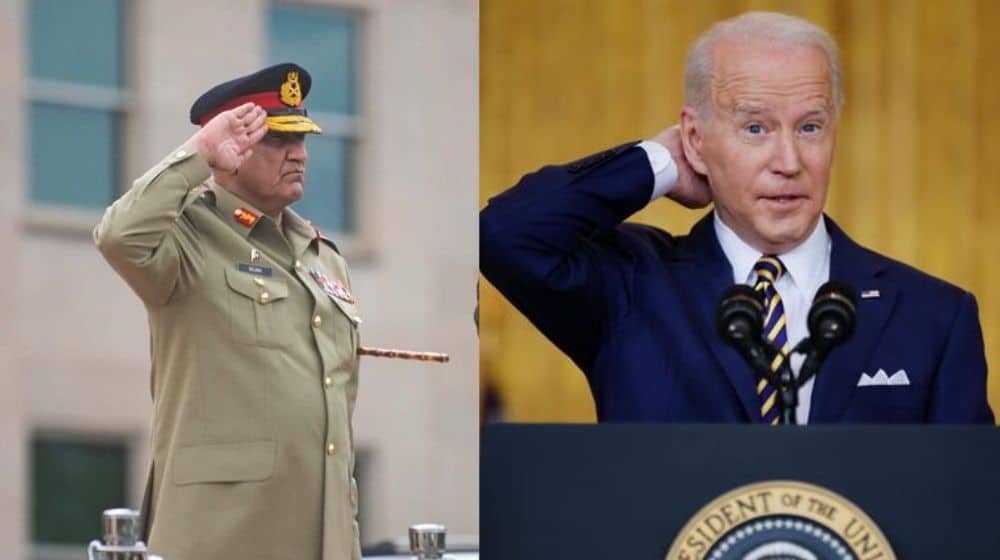 Chief of Army Staff (COAS), General Qamar Javed Bajwa, has arrived in the United States (US) on a weeklong official visit in order to meet with top officials of the Biden cabinet.

He arrived at LaGuardia Airport in New York on Friday along with his senior aides via his official aircraft after departing from London.

In this regard, the Pakistani Ambassador to the US, Masood Khan, confirmed Bajwa’s arrival in the US without disclosing his travel plans. Meanwhile, official meetings are slated for Monday and Tuesday.

As per the reports, he is expected to call on US Defence Secretary, Lloyd Austin, National Intelligence Director, Avril D. Haines, and Central Intelligence Agency’s (CIA) Director, William J. Burns.

In addition, Pakistani officials are also seeking to arrange his meeting with US Secretary of State, Antony Blinken. Besides, he will also meet experts and scholars taking an interest in Pakistani affairs on Wednesday.

Note that COAS Bajwa’s last visit to the US was in 2019 during former Prime Minister (PM) Imran Khan’s three-day visit to Washington, DC.