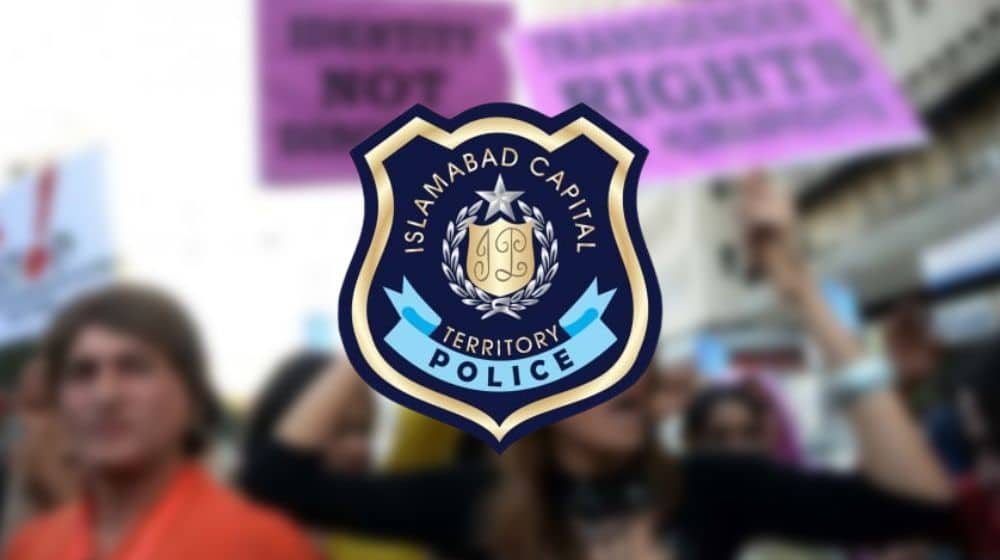 Islamabad Capital Territory (ICT) Police has announced job opportunities for transgender persons who identify themselves with a different gender than the one assigned at birth.

In this regard, it has advertised 1,668 vacancies in the department and has invited applications from the transgender community as per the Transgender Persons (Protection of Rights) Act, 2018.

Under this Act, transgender persons will be able to apply for jobs based on their gender as mentioned in their Computerized National Identity Cards (CNICs).

The spokesperson for the ICT Police stated that their appointment will be done under the general merit category.

Below is the recruitment advertisement: 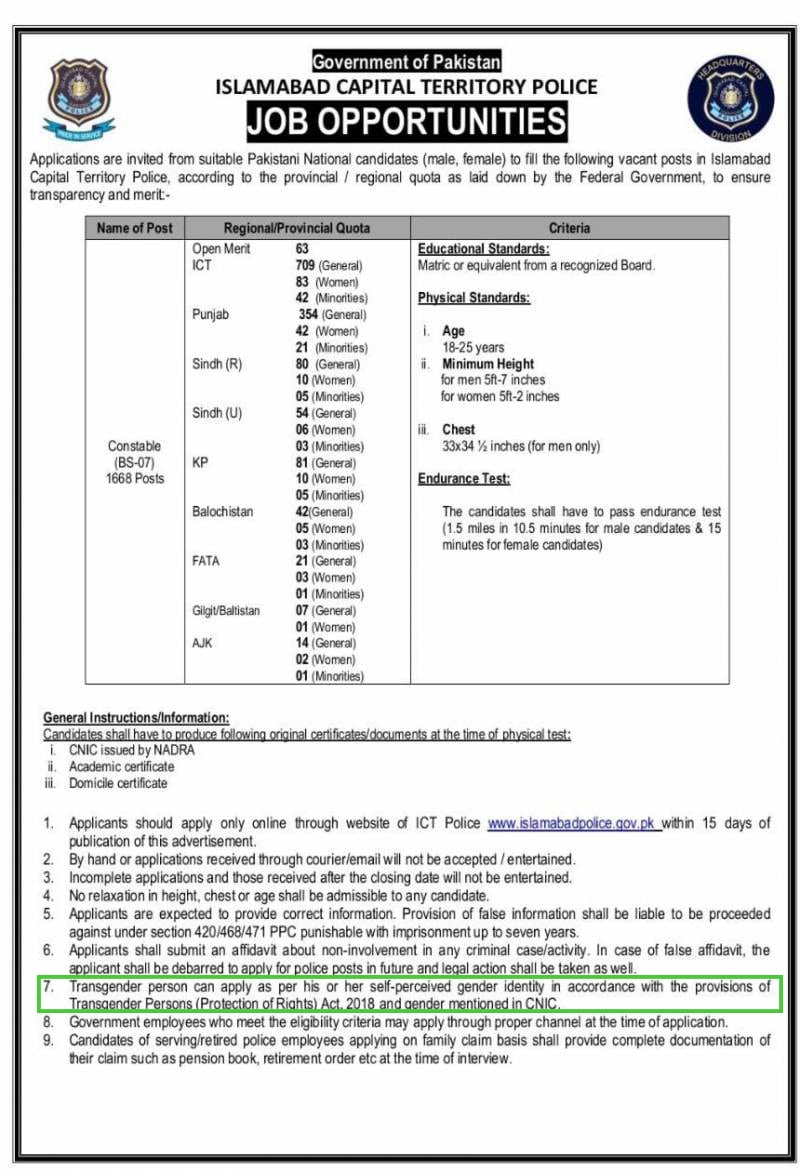 According to the department’s Public Relations (PR) Officer, the MPU will provide security in the above-mentioned areas, along with urban belts and Fatima Jinnah Park (also known as F-9 Park) on the instructions of the Inspector General of Police (IGP) Islamabad, Dr. Akbar Nasir Khan.

Moreover, DIG (Safe City), Romail Akram, maintained that the department is fully focused to protect the citizens’ lives and property by adopting the latest technology and efficient policing strategies.