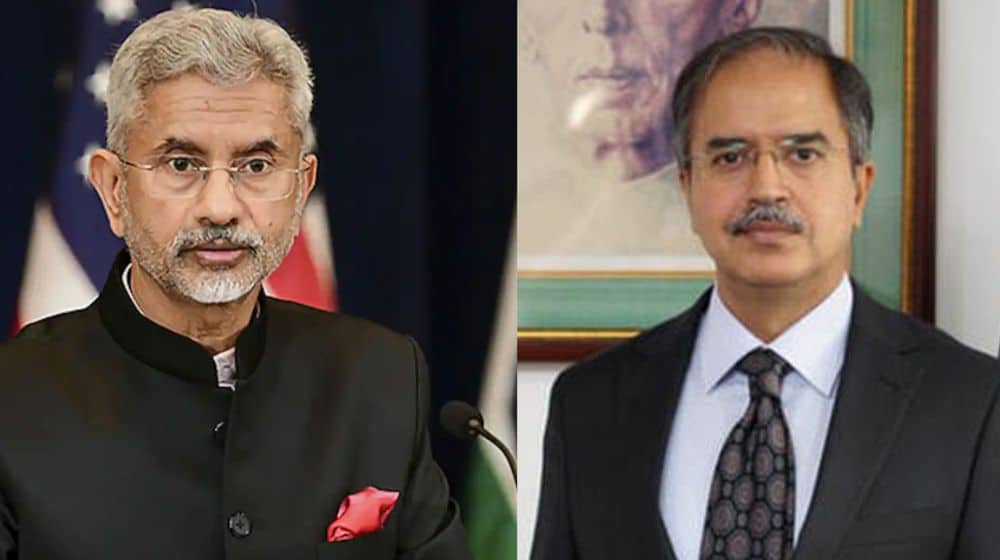 The Ministry of Foreign Affairs (MOFA) the remarks about Pakistan’s involvement in ‘International Terrorism’ by the Indian Foreign Minister, Subrahmanyam Jaishankar.

Indian newspaper, The Hindu, reported that Minister Jaishankar remarked that no other country has practiced terrorism as much as Pakistan while speaking at an event in Vadodara city on Saturday.

He was also quoted as saying that India has a reputation as an expert in the field of IT (Information Technology), whereas Pakistan is thought of as an expert in ‘International Terrorism’.

The Pakistan Foreign Office condemned his ‘unfounded remarks’ through a press release issued today, saying that the statements are yet another display of the Indian politicians’ obsession with manipulating the facts and attempting to mislead the international community. And they are quick to point fingers just to mask their state’s own acts of state terrorism and serial human rights violations’.

The foreign ministry’s statement further states that the Indian occupation forces terrorizing, torturing, and tormenting innocent Kashmiris with impunity in the Indian-occupied Kashmir IOK is the clearest and most obvious example of state-sponsored terrorism.

The press release also mentioned the incidents of ‘Saffron terror’ being controlled and carried out by the Bharatiya Janata Party-Rashtriya Swayamsevak Sangh (BJP-RSS) against Indian Muslims.

The Foreign Ministry emphasized that the international community is well aware of Pakistan’s contributions toward world peace, including the country’s counter-terrorism operations, being the ‘only country’ to fight against terrorism directed against it by hostile ‘states and elements’. Whereas India has been ‘involved in supporting terrorism against Pakistan from its own territory and from other countries in the region’.

The press release also brought up the case of the Indian spy Kulbhushan Yadhav, who had been serving as an Indian navy officer and intelligence operative, saying that India’s devious campaign to portray itself as a “victim” of terrorism and to deceive the international community by falsely accusing Pakistan is pathological, as can be seen from the example of the aforementioned spy “planning, supporting, abetting and executing terrorist activities in Pakistan”, the clear example of “India’s true face as a state sponsor of terrorism”.

The foreign office urged the international community to recognize India as a terrorism-facilitating state and hold it accountable for “instigating unrest in neighboring countries”.

The press release concluded that India should focus on its own acts of terrorism in IOK, and against its Muslim citizens instead of perpetuating false allegations against Pakistan.