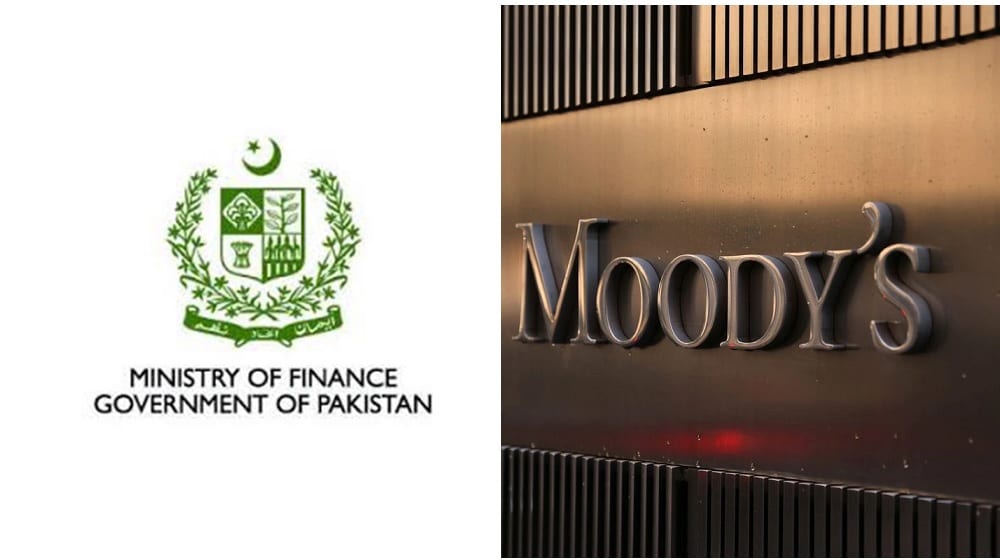 In a statement, it said that the rating action by Moody’s was carried out unilaterally without prior consultations and meetings with our teams from the Ministry of Finance and State Bank of Pakistan.

The statement said that following Moody’s intimation of the rating action, the ministry held two meetings with Moody’s team over the past 24 hours, sharing data and information which clearly show a picture contradicting Moody’s rating action.

It said that the Government of Pakistan has adequate liquidity and financing arrangements to meet its external liabilities. Pakistan is currently under the International Monetary Fund (IMF) Programme, the continuity of which is based on confirmation and confidence in the country’s ability to maintain fiscal discipline, debt sustainability, and ability to discharge all its domestic and external liabilities. The country remains committed to the agreements reached under the IMF prorgamme, it added.

Moody’s “worsening near- and medium-term economic outlook” does not depict the correct picture due to gaps in the information available with Moody’s and its use of estimations is not grounded in fundamentals. As such, the estimate of the economic cost of the floods at $30 billion is premature as the data is still being compiled in collaboration with World Bank and other partners, to ensure transparency and accuracy, and will be available once the figures are firmed up.

Thus, the impact on the GDP growth rate cannot be fully and accurately assessed at this time and so Moody’s downward revision of the GDP growth rate at 0-1 percent has no solid basis. Similarly, translating economic losses into fiscal deficit is contested. On the expenditure front, the government will largely be involved in public infrastructure rebuilding, and that too, over a number of years.

The uptick in urgent current expenditure is being met through re-allocations and re-appropriations of budgeted funds thus mitigating the risk of rising deficit. On the revenue front, the increase in nominal GDP is likely to compensate for any dip in revenues.

During recent meetings with multilaterals, the government has received additional funding commitments from the Asian Development Bank (ADB) of over $2.5 billion. Similarly, World Bank has also pledged additional funding of around $1.3 billion for infrastructure and other projects in the current financial year. These are in addition to the ministry’s financing plan at the start of the financial year. On the appeal of the UN Secretary-General, funds to the tune of $816 million were pledged by countries recently.

“We expect further funding from multilaterals and friendly countries in the donor conference planned to be held in Pakistan in November this year. Consequently, we expect the external sector to improve further in line with the increase in liquidity,” the statement added.

No plans for debt restructuring

The impression of restructuring of Pakistan’s debt is refuted unequivocally as currently no such proposal is under consideration or is being pursued as has been categorically stated by the Finance Minister.

The statement mentioned that Federal Board of Revenue taxes grew by about 28 percent in September. Similarly, the recent post-flood performance numbers of various sectors of the economy including agriculture and livestock show that its impact on the current account deficit is likely to be moderate compared to that assumed by Moody’s.

Commodity prices, especially crude oil, have eased compared to a month ago, this would help in offsetting some of the impacts of floods on the current account deficit. The downward trend of the deficit during the past months of the current fiscal year has already been widely reported.

The overall situation of the country, especially in the post-flood scenario, needs to be seen in the context of the steps taken by the government for relief and recovery and the assistance and commitments by the global community, including multilateral and bilateral, to help in the rehabilitation and reconstruction phase.