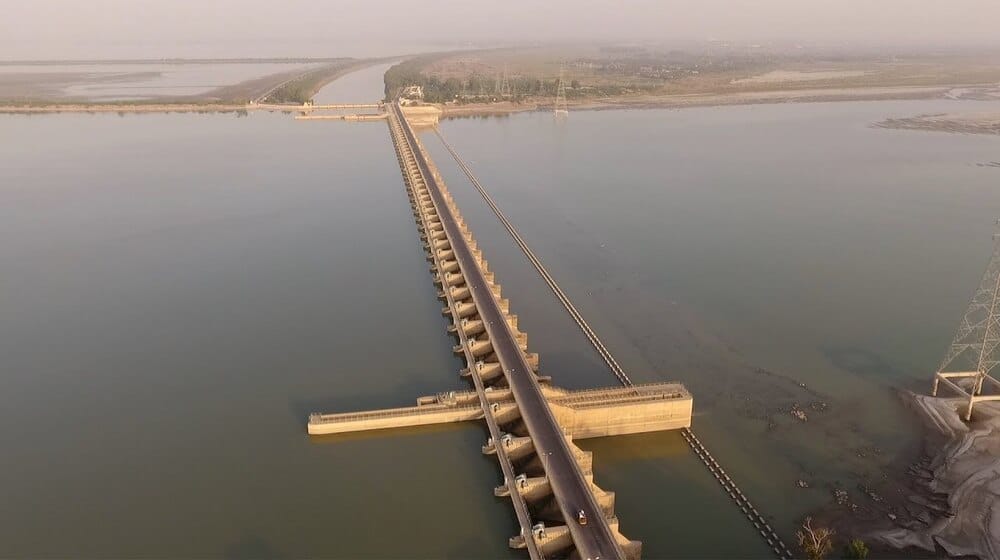 The Executive Committee of the National Economic Council (ECNEC) approved the construction of the Chashma Right Bank Canal project at the cost of Rs. 189.6 billion.

Federal Minister for Finance and Revenue Ishaq Dar chaired the meeting of ECNEC on Friday.

The cost of the Chashma Bank Canal project includes full economic costing (FEC) of Rs. 18.03 billion with 65 percent finance contribution by the federal government and 35 percent by the government of Khyber Pakhtunkhwa. The proposed canal is an off-taking from the Head Race channel of Chashma Hydro Power Station at the right bank of the Chashma barrage.

ECNEC considered and approved a 500 kV Sialkot Substation project of the Ministry of Energy (Power Division) funded by the French Development Agency (AFD) at a total estimated cost of Rs. 31.8 billion including FEC of Rs. 17.2 billion subject to review of cost in next three months according to the exchange rate of the dollar.

The meeting also considered and approved the project of the Power Division on the addition and augmentation of 500 kV and 220 kV transformers at the existing grid stations for the removal of National Transmission and Despatch Company (NTDC) system constraints at the rationalized cost of Rs. 15.11 billion including FEC of Rs. 8.9 billion subject to review of cost in next three months according to the exchange rate of the dollar. The project is funded by Asian Development Bank (ADB) and is an addition of 2,250 megavolt-amperes (MVA) and 430 MVA capacity in the system at six existing 500 and 220 kV grid stations in Rahim Yar Khan, Faisalabad, Multan, Sheikhupura, Dadu, and Kashmore districts to meet the power demand of the country in the minimum possible period and to reduce system losses

ECNEC also approved the project on up-gradation of the existing 220 kV Vehari substation to a 500 kV Vehari substation. The project cost is Rs. 17.1 billion including FEC of Rs. 9.5 billion subject to review of cost in the next three months according to the exchange rate of the dollar. The project is funded by French Development Agency (AFD) and is scheduled to be completed in 41 months.

The committee also approved Naulong Multipurpose Dam Project at a revised cost of Rs. 43.7 billion. The Naulong Dam project consists of 186 feet high and 2,996 feet long-zoned earth-filled dam in district Jhal Magsi, Baluchistan on the Mula river with a total catchment area of 7485 sq. kilometres. The project will result in flood mitigation, socio-economic uplift and poverty reduction in the area.

ECNEC also considered and approved a project of the Ministry of Communication on Dualization and Rehabilitation of Karachi- Quetta- Chaman Road (N-25 ) from Karachi- Kararo and Wadh- Khuzdar for Rs. 74.7 billion to be completed in 36 months.

The committee also considered and approved the project of the Ministry of Communication on the Dualization of the Karao- Wadh section (83 kilometres) and Kuchlak- Chaman section (104 kilometres) of the National Highway for 67.6 billion to be completed in 18 months.

ECNEC discussed and approved a project of the Ministry of Communication on the Improvement and Widening of Chitral – Booni – Mastuj – Shandur Road (153 kilometres) at a rationalized cost of Rs. 17.7 billion. The project will be completed in 36 months. The revised project envisages the construction of 153 kilometres long 2 –lane single carriageway starting from Chitral city, passing through the towns of Booni and Mastuj and ending near Shandur at the border of Khyber Pakhtunkhwa and Gilgit Baltistan.

The meeting also approved the revised Lowari Road Tunnel and Access Roads Project with a total rationalized cost of Rs. 27.9 billion with an FEC of Rs. 4.2 billion. The Lowari tunnel is part of National Highway N-45. It originates from Nowshera, passes through Mardan, Malakand, and Chakdara and culminates at Chitral. The project is located between the townships of Dir and Drosh connecting the districts of Dir and Chitral. The project comprises two tunnels of lengths 8.5 and 1.9 kilometres, four bridges in the tunnel complex two portals, and link access roads along with bridges.

ECNEC also approved the Locust Emergency and Food Security project of the Ministry of National Food Security and Research at an updated cost of Rs. 26 billion including a government share of Rs. 4 billion and a World Bank share of Rs. 22 billion. The project will be implemented throughout Pakistan with an immediate focus on flood-affected areas. The objective of the project includes enhancing the country’s preparedness for combating future locust and other invasive pest attacks, enhancing the capacity of Federal and Provincial Plant Protection Departments and strengthening the national food security information & management system.

ECNEC approved the government of Punjab’s project on Punjab Resilient and Inclusive Agriculture Transformation (PRIAT) at a total cost of Rs. 74.7 billion including a World Bank loan of Rs. 45.8 billion. The project will be implemented throughout Punjab in five years for the community –driven improvement of water conveyance and application, promotion of climate-smart high-value production, regenerative agriculture, crop diversification, agriculture value addition and inclusive access to markets.

Ministry of Planning, Development and Special Initiatives presented a summary on Instructions for Techno-Economic Feasible Studies and submitted that a feasibility study is a pre-requisite for the preparation of a major development project proposal on sound lines. Instructions to carry out Techno-Economic Feasibility Studies have been improved in the light of comments of the stakeholders.

The ECNEC approved the recommendations of the Central Development Working Party (CDWP) that: