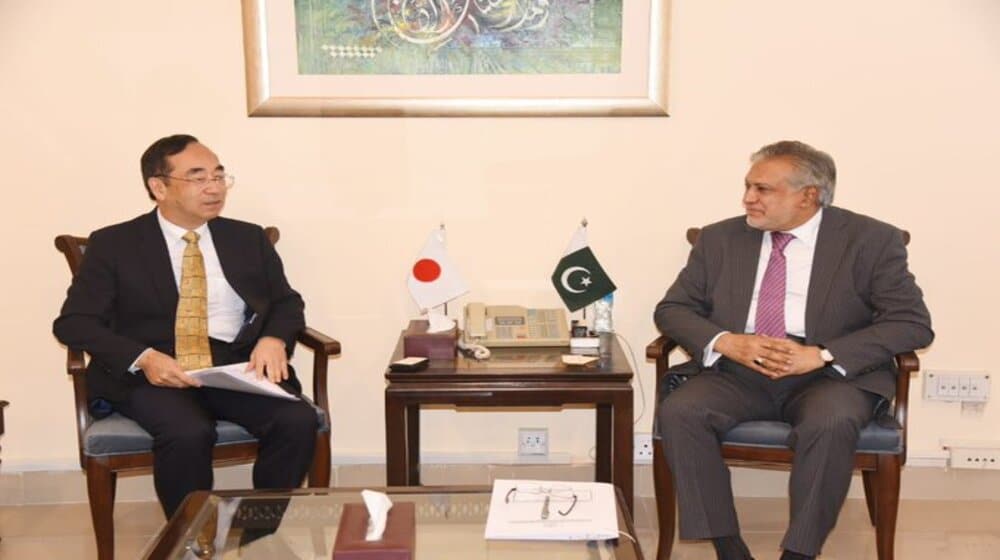 Ambassador of Japan to Pakistan Wada Mitsuhiro called on Finance Minister Ishaq Dar at the Finance Division on Friday.

The minister briefed the ambassador on the devastations caused by the recent floods and the impact on the country’s economy.

Highlighting the cordial relations between Pakistan and Japan, he said that Japan is one of its major development partners of Pakistan and he firmly believes that the cooperation will further strengthen in multiple fields for the mutual benefit of both countries.

The finance minister gave a brief overview of the economic challenges and priorities of the government and said that the government believes in enhancing the bilateral economic and trade relations between Pakistan and Japan.

The envoy extended expressed sympathy at the loss of lives and properties in the floods and extended his government’s support. He further said that Japan greatly values its bilateral relations with Pakistan.

He briefed the finance minister about the operations of the Japanese entities in Pakistan. He also expressed confidence in the economic policies of the government and said that business and economic linkages would further strengthen between the two countries.

ALSO READ
Pakistan and Poland To Enhance Cooperation in Energy, Digital Technology, Vehicles, IT and Pharma

The minister thanked the ambassador for his support and assured him of his full cooperation in improving the trade and economic relations between the two countries.