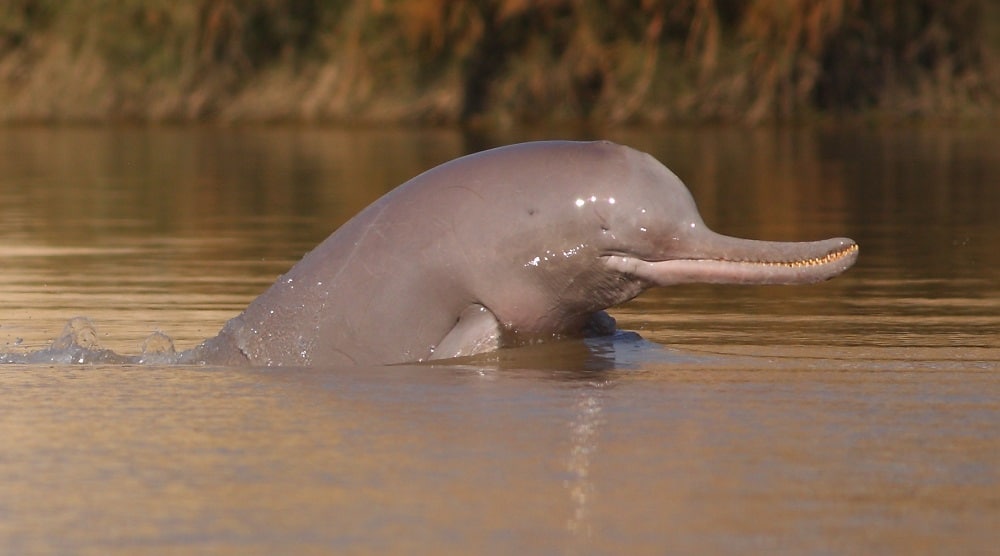 The Indus River dolphin, which is endemic to Pakistan, has been declared the “Queen of Indus River” in the newly published October 2022 rules of the Sindh Wildlife Protection, Preservation, Conservation, and Management Act, 2020.

The amendment was tweeted by marine mammal researcher and conservationist, Gill Braulik, who is also an Indus River dolphin enthusiast.

As per the amendment made last month in a notification from the Government of Sindh’s Forest and Wildlife Department, “the ‘Queen of Indus river’ means Indus blind dolphin, which is endemic to Pakistan”.

According to the World Wildlife Fund (WWF), the Indus River dolphins, which are believed to have originated in the ancient Tethys Sea, were forced to adapt to rivers, which were their only remaining and available habitat. Today, these functionally blind dolphins live in the lower parts of the Indus River in Pakistan and in the River Beas in Indian Punjab. They have adapted to the muddy river and rely on echolocation to navigate, communicate, and hunt prey like prawns, catfish, and carp.

The number of Indus River dolphins in Pakistan has dwindled dangerously and they are threatened by fishing nets and pollution. They are also hunted for their meat, and oil, and for use in traditional medicines.

A survey by the Sindh Wildlife Department conducted in April 2019 found that the number of Indus River dolphins, (which it had already nicknamed the ‘Indus Queens’), had increased by at least 500 over the last seven years to 1,419, and included baby, juvenile, and adult dolphins.

Gill Braulik is currently working with the Sindh Wildlife Department to support the health evaluation of endangered Indus River dolphins.

She detailed in a tweet that the Indus River dolphin species is “found only in the Indus river,” and “every year some dolphins get stuck in irrigation canals and need to be rescued or they will die”.

Braulik is currently working on a project driven by “a shared passion for saving the incredible blind dolphins of Pakistan.” She added that this is an “opportunity to train veterinary first responders to gather basic data on health, disease, reproduction which will provide information to help save this tiny population estimated as about 2000 individuals.”