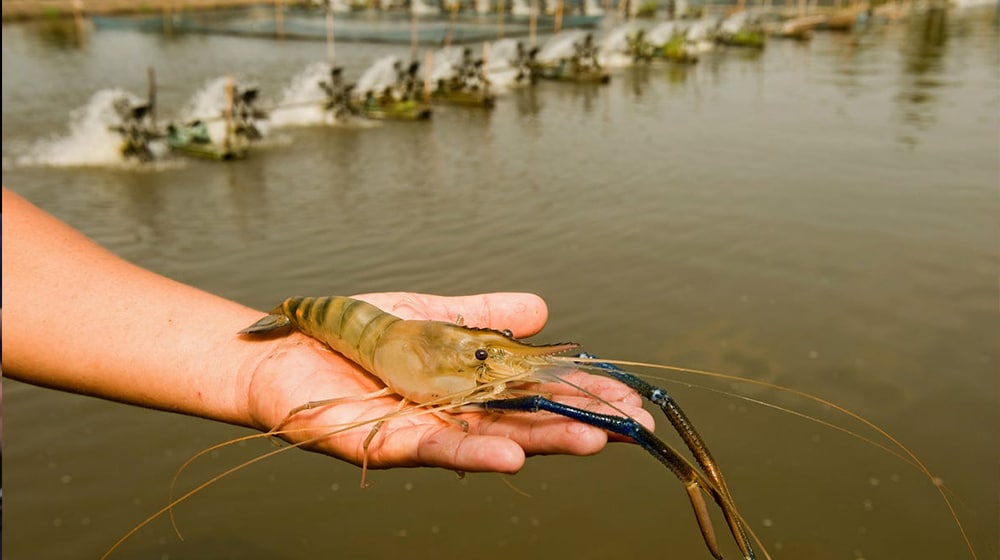 The government has decided to increase the number of shrimp farms from 3,500 to 10,600 under the revised pilot shrimp farming cluster development project, sources informed ProPakistani.

The pilot shrimp farming cluster development project worth Rs. 5,397.84 million, which was specifically for Punjab province, has been revised and is now being extended to Sindh, Balochistan, and Islamabad Capital Territory, an official source told ProPakistani.

The project is part of the Agriculture Transformation Plan (ATP) and an effort for technological adoption in the fisheries sector. It will be jointly implemented by the Ministry of National Food Security & Research, the Fisheries Development Board (FDB), and the Provincial Departments of Fisheries (Punjab, Balochistan & Sindh).

The pilot shrimp farming cluster development project was earlier approved in 2019 and it was only for the Punjab province. The project is planned for completion in 2024. However, National Coordination Committee (NCC) has decided to revise the shrimp farming project to upscale the number of shrimp farms from 3500 to 10600 and include Sindh and Balochistan in the scope of the Project, the source said.

It was further decided that instead of the provision of subsidy on the Purchase of Shrimp Seed and Feed by the private sector, the subsidy should be provided on shrimp farm development including pond construction and development of allied infrastructure, the source added.

The Committee fixed the ratio of farm construction subsidy to Rs. 120,000/ acre for a maximum of 10 acre/farmer and development of shrimp farms on 7,200 acres in Punjab, 1,100 in Balochistan, and 2,300 acres in Sindh. The committee also decided that 50 percent cost of farm construction will be shared by private shrimp farmers selected by the provincial fisheries departments, while out of the remaining 50 percent cost, the Federal and provincial will share it equally.

The proposed model is based initially on semi-intensive shrimp farming culture in which a low stocking density of 60,000 shrimp seeds will be stocked in each one-acre pond. Commercial shrimp feed will be used and some aeration at the time of acute shortage of oxygen will be introduced. The expected yield per acre is about 1450-1500 kg with a 30-gram average weight, which may fetch the rate of Rs. 800-850/kg.

The specific objectives of the project are:

Mainly, the project proposes the following two interventions in the federal, Punjab, Balochistan, and Sindh provinces, which include: