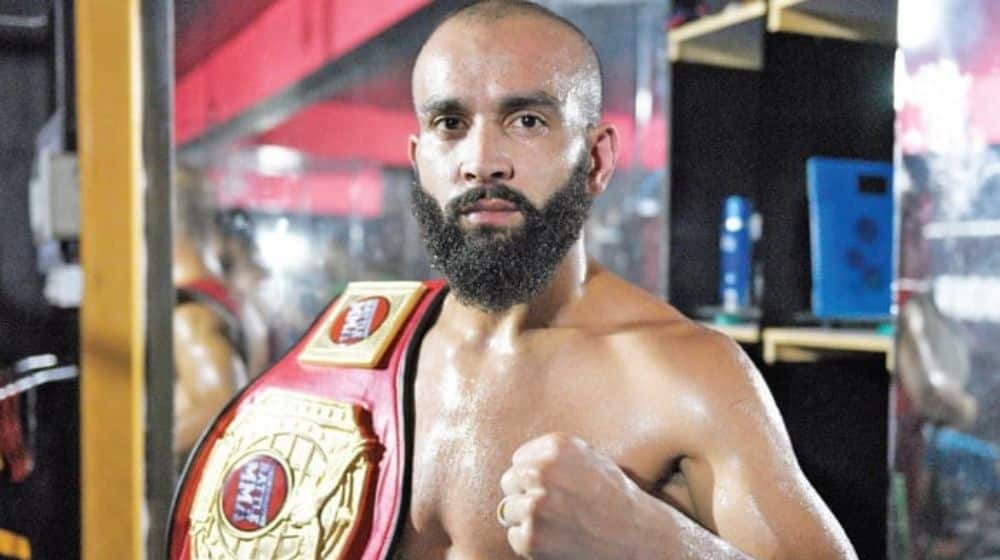 The 10th edition of the MFN, India’s biggest MMA promotion, took place in Dubai last night with fighters from all around the world participating. Uloomi’s fight against Dhruv for the bantamweight title was the co-main event of the night as fighters from the two neighboring countries put on a show at the Octagon.

The highly-anticipated clash between the two fighters was over within a few minutes of the start as Uloomi showcased his class by knocking out his opponent in the first round of the match. Uloomi’s sensational win led him to the bantamweight title of the MFN promotion.

Uloomi is one of the most established MMA fighters in the country. The 31-year-old has so far fought 15 times in various MMA promotions around the world. Nicknamed, Kratos, Uloomi has a record of 9 wins and 6 losses and is currently on a 2-match win streak.

The bantamweight champion took to Twitter to reveal his new title.

The MFN promotion is India’s biggest MMA promotion and is owned by renowned Bollywood actor, Tiger Shroff, and his mother, Ayesha Shroff.