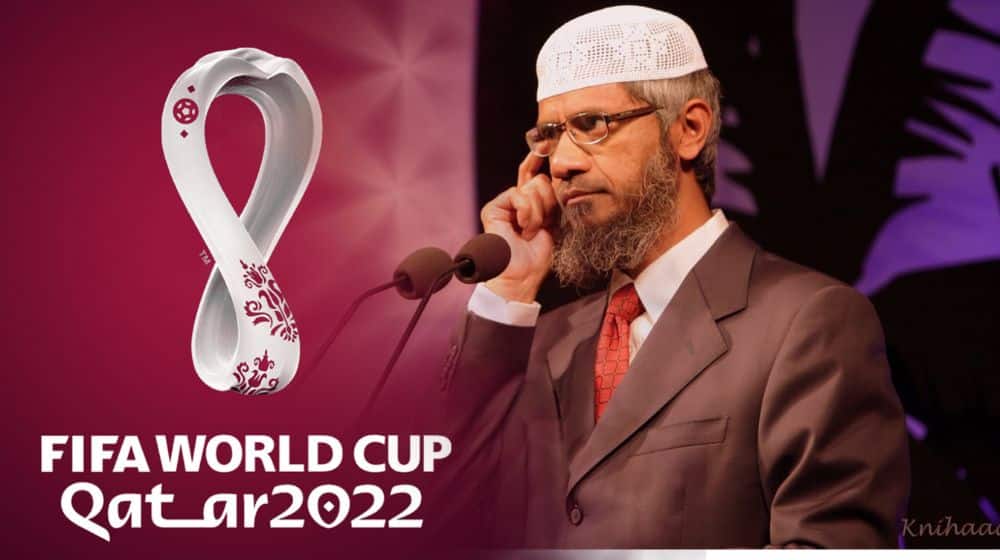 Qatar had invited the famous Muslim preacher, Dr. Zakir Naik, to speak at the opening ceremony of the FIFA World Cup, which is being held there this year.

Twitter users shared videos of Dr. Naik’s arrival in Qatar on Sunday, commending the country for this measure.

Mashallah..
Dr. #ZakirNaik reached Qatar 🇶🇦 to attend #FIFAWorldCup .
The #Qatar2022 attendees will have a golden opportunity to meet him face to face, while lecturing about Islam. His visiting to Qatar is a nice surprise among tens, still to come to surprise our guests. pic.twitter.com/8Cd2Vgegac

Dr. Zakir Abdul Karim Naik is a popular Indian Muslim scholar, preacher, and the Founder of the Islamic Research Foundation, and the Peace Channel.

Many people have converted to Islam during his talks and lectures over the years.

Social media users have shared a video of four people accepting Islam during Dr. Naik’s lecture at the FIFA opening ceremony as well, receiving praise and admiration from other users.

The video has been proven to be an old video clip by independent fact-checkers, while whether the news is true or not remains unconfirmed. The fact-checkers revealed that the viral video is a clip from a YouTube video from several years ago.

Besides inviting Dr. Naik to speak, Qatar has also taken various other unique measures to ensure that the sports event can be held in conformity with Islamic teachings.

The measures include the installation of several murals in the streets of Doha, Qatar’s capital, with prophetic hadiths translated into English, to promote the religion to people from all over the world who will be attending the event; the ban on selling alcoholic beverages to the attendees, as well as starting off the opening ceremony with the recitation of the holy Quran.