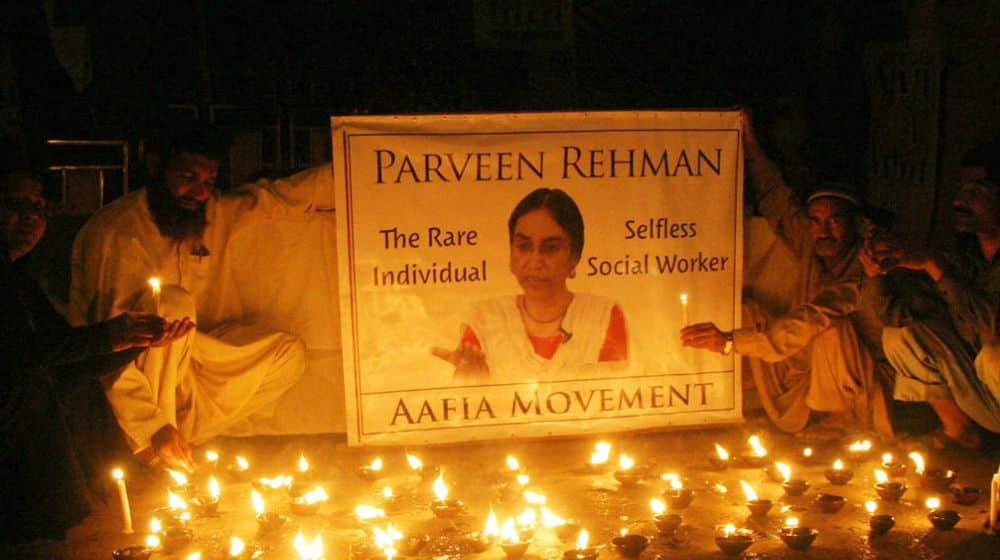 The family of the assassinated Social Activist, Perween Rahman, has decided to seek Supreme Court (SC) against the Sindh High Court’s (SHC) ruling, which acquitted the five convicted men in her murder case.

The development comes after the SHC acquitted all of the accused involved in the Perween Rahman murder case by overruling the verdict of the Anti-Terrorism Court (ATC), which was given in December 2021.

Perween’s sister, Aqeela Ismail, termed the ruling ‘inconceivable’ and stated that the joint investigation teams (JITs) confirmed that the suspects were guilty of her sister’s murder and everything was transparent.

Furthermore, she complained about the fact that SHC did not give them a chance to defend their case in the hearings. She also emphasized that the acquittal of convicts endangers the lives of Orangi Pilot Project (OPP) workers and their families.

In this regard, Aqeela has requested the authorities to apprehend the freed suspects as per the Maintenance of Public Order (MPO) Ordinance, 1960.

In addition, she has asked the Sindh government to challenge the verdict of SHC as soon as possible. At the same time, she has urged the federal government to grant them justice in the case.

It is pertinent to mention here that Perween Rahman was a prominent Urban Planner and Head of the OPP. She was assassinated at Karachi’s Banaras flyover while she was going from her office back to her home on 13 March 2013.