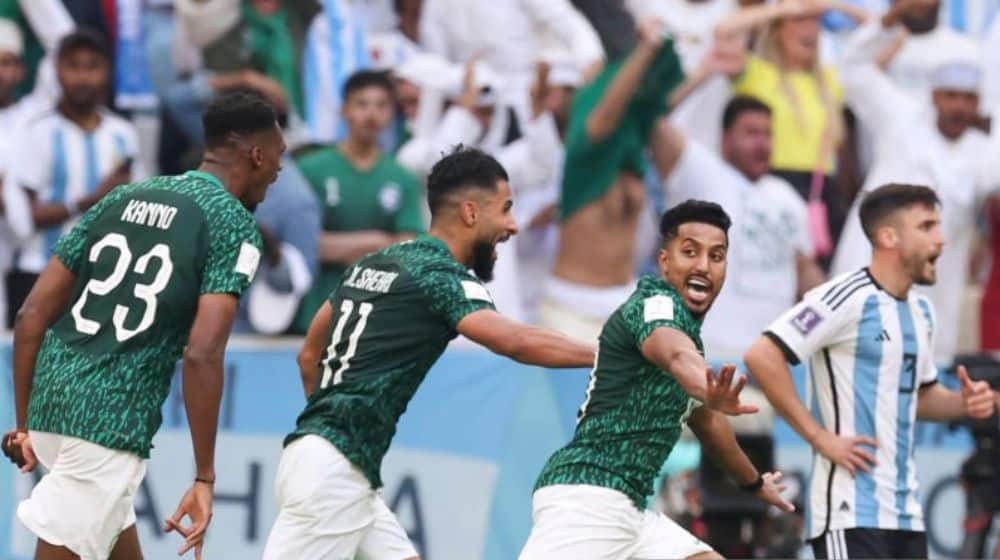 Saudi Arabia shocked the football world as they pulled off one of the biggest upsets in FIFA World Cup history by defeating Argentina by 2-1 in the opening encounter of Group C in the 2022 FIFA World Cup.

Argentina looked helpless in front of an inspired Saudi Arabian side as they were unable to break through their defenses. Argentina did start off the match on the right note as captain, Lionel Messi, scored a penalty kick in the 10th minute of the game.

Argentina would then go on to put the ball in the back of the net three more times in the first half but all three were deemed offside by the linesman and the VAR. They led 1-0 at the end of the first half.

Saudi Arabia emerged from the tunnels for the second half as a completely different side as they took on the attack to Argentina. Saleh Al-Shehri took advantage of a shaky Argentina defense of Cristian Romero and Nicolas Otamendi, as he struck a beautiful finish in the bottom right corner in the 48th minute to level the scores.

Just a few minutes after the equalizer, Saudi Arabia struck once again as Argentina looked rattled due to a series of attacks by the Saudis. This time, Salem Al-Daswari scored the goal of the tournament so far, as he put the ball past Emiliano  Martinez’s top right-hand corner to give Saudi Arabia an unlikely 2-1 lead.

Argentina was unable to test the Saudi defense as they held their lead to hand them a surprising win. Saudi Arabia currently sits at top of the table in Group C while Argentina is rooted at the bottom. Mexico and Poland, the other two teams in the group will face off later tonight.