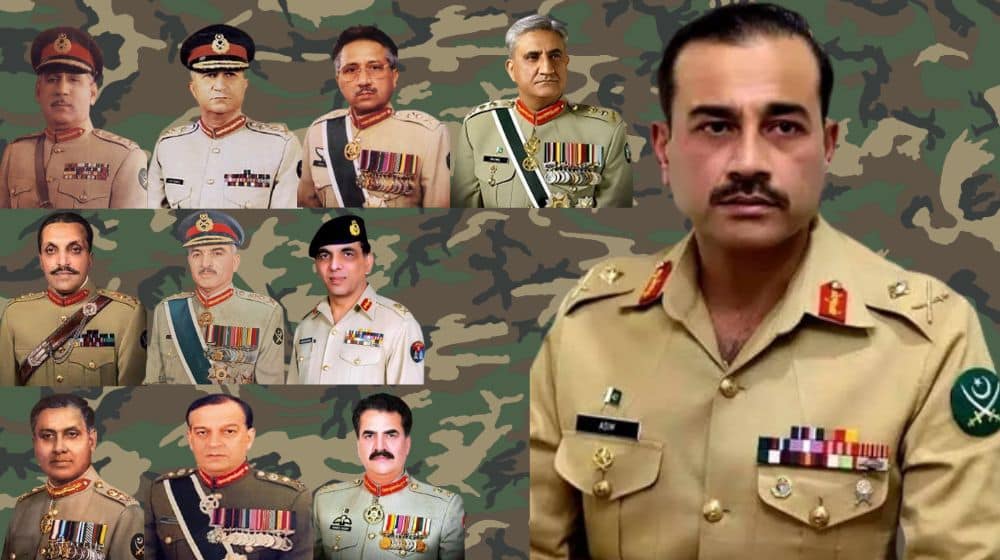 General Asim Munir is set to be appointed as the 11th Chief of Army Staff (COAS) of the Pakistan Army. He will replace General Qamar Javed Bajwa who will retire on 29 November after serving the country for nearly six years.

General Asim Munir is the most senior official in Pakistan Army after General Qamar Javed Bajwa. He was commissioned in the 23rd Frontier Force Regiment.

General Asim Munir started his military career in 1986. He was elevated to the rank of Lieutenant General in September 2018. During his 36-year-long career, General Asim Munir has served at important ranks and received numerous awards.

Asim Munir was appointed as the Commander Force Command Northern Areas in October 2014. He served there till December 2016. He was replaced by Saqib Mehmood Malik.

He was appointed as the Director General (DG) of Military Intelligence (MI) in December 2016. He was replaced by Sarfaraz Ali in October 2018.