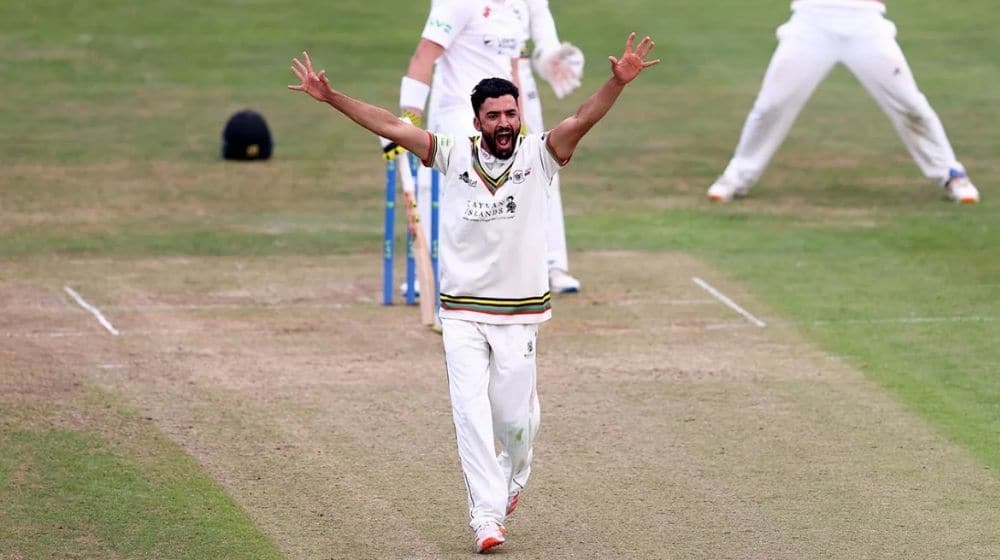 Pakistan spinner, Zafar Gohar, has expressed delight at signing a two-year contract with Gloucestershire club for the County Championship, saying he is looking forward to returning to the club’s dressing room.

“I’m delighted to have committed my future to Gloucestershire for the next two years. I thoroughly enjoyed my time in Bristol last season and have made some great friends in the dressing room,” Zafar said.

The 27-year-old cricketer had previously played for Gloucestershire on short-term contracts, but the club has now agreed to keep him at the Seat Unique Stadium until at least the end of the 2024 season.

The Lahore-born cricketer went on to say that Gloucestershire cricket has a lot of talent under its umbrella and that he will do his best to help the County club achieve success in the upcoming two seasons.

Zafar was a standout performer for the Gloucestershire during the 2022 season, earning the Bowler of the Season and Players’ Player of the Season awards at the Club’s annual End of Season Gala Dinner.

Zafar took 47 wickets in Division One with a bowling economy of 2.97, ranking him eighth among all bowlers in the top division. During his One-Day Cup campaign, he also took 13 wickets in eight matches.