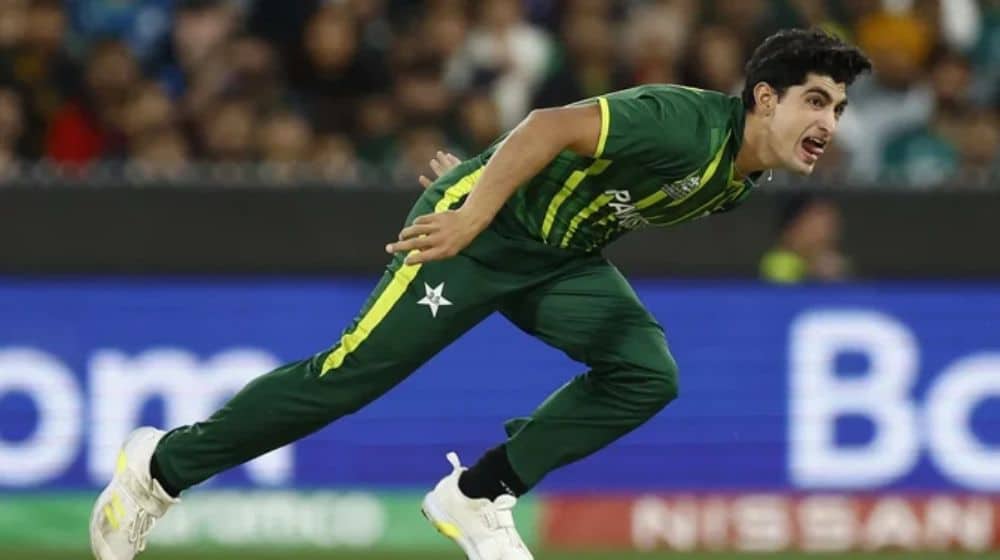 Naseem Shah terms it a difficult task to maintain speed along with the art of swing, however, the 19-year-old fast bowler is aiming to achieve both with sheer determination.

Talking about his journey of coming from a village in Northern Pakistan and becoming a young sensation in the world of cricket, all at the age of nineteen, Naseem Shah said that he has tons of memories from his early playing days. He told that he began playing cricket at school despite constant pressure from his father to focus on his studies.

However, his passion for the game was too strong for anything to keep him away from the playing field. Hence, he spent his early age playing tape-ball cricket in his village as there were no facilities to play proper cricket.

Naseem Shah recalled that he bowled his first ever ‘proper cricketing delivery’ with the hardball at Abdul Qadir Cricket Academy in Lahore. And then there was no looking back for the young pacer. Naseem Shah paced through U-16, U-19, and domestic levels to reach Pakistan Super League and then international cricket.

Acknowledging the importance of speed, Naseem Shah told that he was primarily selected in the team for his pace. “Pace is important because I am a fast bowler”, said the 19-year-old. He went on to say that developing the skills of both in-swing and out-swing at a medium pace is not a tricky task and there are many bowlers in the world executing the art at a normal pace. However, swinging the ball as well as keeping the line and length in check while bowling at a speed of more than 140 kph requires a great deal of hard work which he is willing to do.

Naseem Shah also told that his father still does not know a lot about cricket and he keeps explaining the science of the game to him whenever he goes back home to Lower Dir.