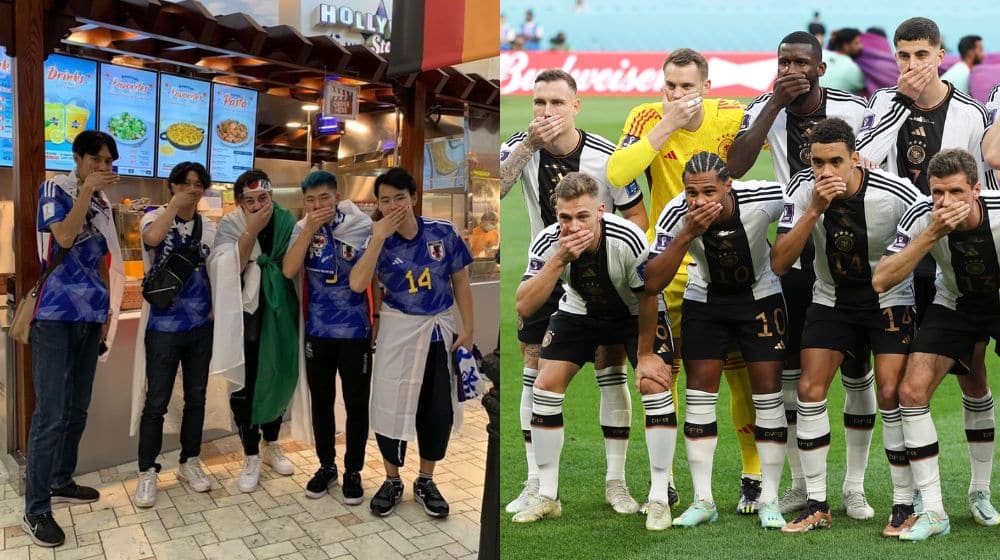 The 2022 FIFA World Cup has been marred with controversy since Qatar was awarded the hosting rights 12 years ago. There has been widespread western media propaganda regarding human rights in Qatar and social issues such as the LGBTQ+ rights have been at the forefront of such propaganda.

Recently, FIFA revealed that captains of teams wearing rainbow-colored ‘OneLove’ armbands will receive a yellow card as they do not want politics and social issues to be involved with the beautiful game. While the decision was appreciated by the Qatar authorities, it caused a major uproar in the West.

The decision did not sit well with the German team as they covered their mouths as they posed for a team photo in protest before the start of their match against Japan.

Germany’s protest did not sit well with the majority of the football fans as they pointed out their hypocrisy as they did not protest the World Cup in Russia and their treatment of former star, Mesut Ozil, who did not receive any backing when he voiced his support for Uyghur Muslims in China.

All fell flat for Germany as they suffered a shock defeat at the hands of Japan as the Samurai Blue staged an epic comeback to win the match by 2-1. Germany’s antics at the start of the match backfired as they were brutally trolled by fans from across the world.

Japanese fans were at the forefront as a photo of them mocking Germany by covering their mouths went viral on social media. The image garnered over 155k likes and 18,000 retweets as fans pounced on the opportunity to troll the four-time champions.

The Japanese fans celebrated the historic win in some style as they flooded the streets back home. Videos of the celebrations have also gone viral on various social media platforms.

🇯🇵 Celebrations in Japan following the win vs Germany!pic.twitter.com/gu2oNB1lLO