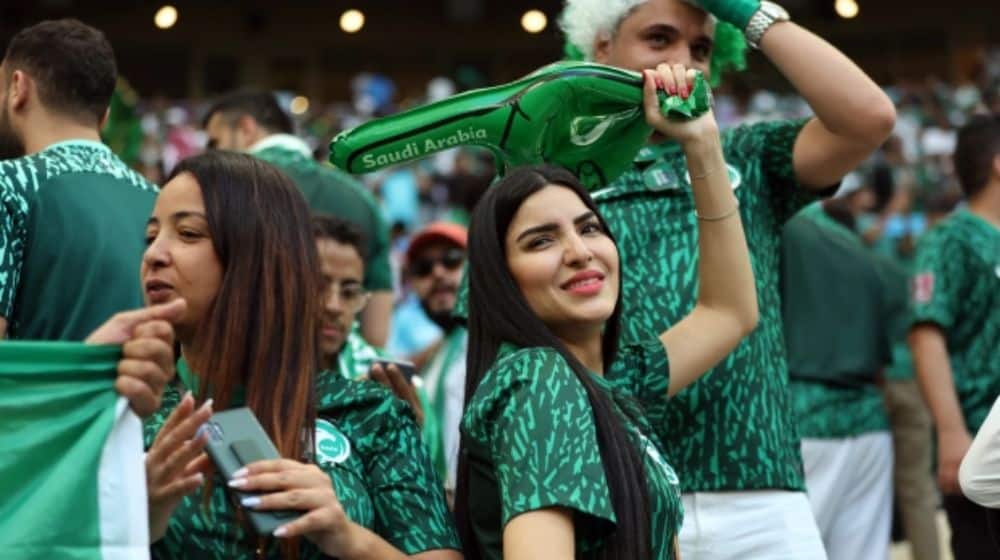 Saudi Arabia’s historic 2-1 win over Argentina in the 2022 FIFA World Cup triggered widespread celebrations across the football world as the minnows pulled off one of the most astonishing upsets in World Cup history.

Overjoyed by the win, King Salman announced Wednesday a public holiday to celebrate Saudi Arabia’s biggest win in history. The fans took to the streets in various parts of the country and those in Qatar celebrated by dancing on the streets.

Saudi’s exceptional display in the second half shocked Argentina as they came from 1-0 down to score two goals in quick succession to send the Saudi Arabian fans into a frenzy. The fans were unable to control their emotions as they celebrated the historic feat in some style.

Winger, Salem Al-Dawsari, was Saudi Arabia’s hero as his sensational strike from the edge of the box ended up in the top right corner of the goal to put Saudi in the lead against the tournament favorites. The video of the goal went viral on social media as fans were left in shock at the passionate commentary of the goal.

Similarly, several videos of Saudis celebrating in ecstatic fashion emerged on Twitter as people appreciated the passion and love they possess for the beautiful game and what this victory meant for the nation.

Check out some of the best reactions here:

Allahu Akbar. #SaudiArabia pulled off the impossible. Im in a state of euphoria after praying Fajr this morning to so many joyful texts and calls. This vid below is from a close friend who watched the #KSAvsARG match live!! So happy for all my #KSA   family. #FIFAWorldCup pic.twitter.com/wnoTiig9PW

Saudi Arabia fans with the Cristiano Ronaldo SIUUUU celebration in front of the Argentines. 😍😂 pic.twitter.com/UrR2mHLufk

Saudi Arabia fans earlier today, you’ve got to love this 😂👏