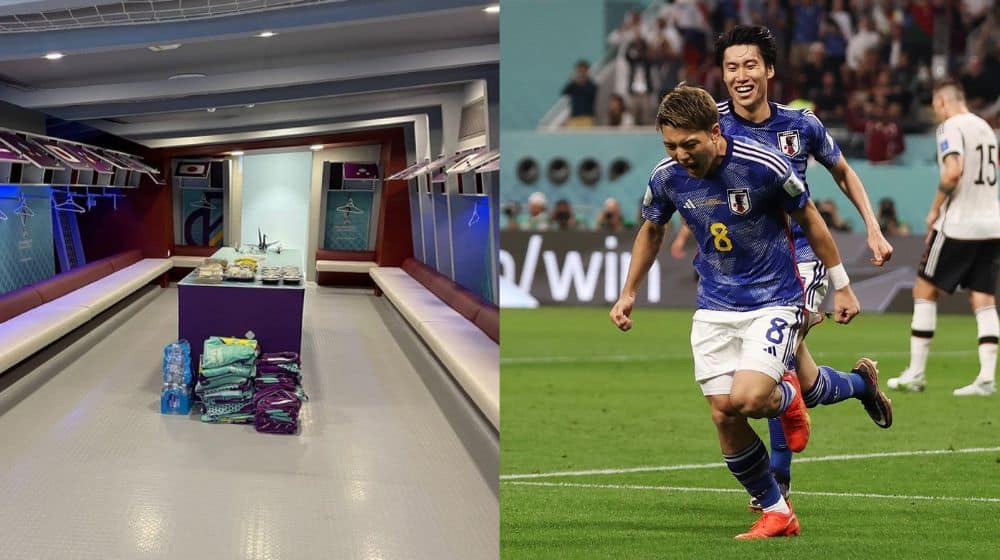 The 2022 FIFA World Cup is off to a blockbuster start as there have been two major upsets already within the first week of the tournament. After Argentina’s shock loss to Saudi Arabia, four-time champions, Germany, were on the receiving end of a shock loss as they were defeated 2-1 by an inspired Japan team.

The Samurai Blue were magnificent in the second half as they pulled off an amazing comeback to win the match after being one goal down up to the 75th minute of the match. Ritsu Doan and Takumi Asano were the heroes for Japan as they handed their country perhaps their greatest-ever win in football history.

The Japanese players not only won hearts on the pitch but their behavior off the pitch also left the fans in awe.

Despite their heroics, Japanese players did not forget their humble roots and teachings, as they cleaned their dressing room before leaving the stadium. Showcasing their utmost respect for the hosts, Japanese players also left a thank you note and ‘origami cranes’, which symbolized honor in Japanese folklore. 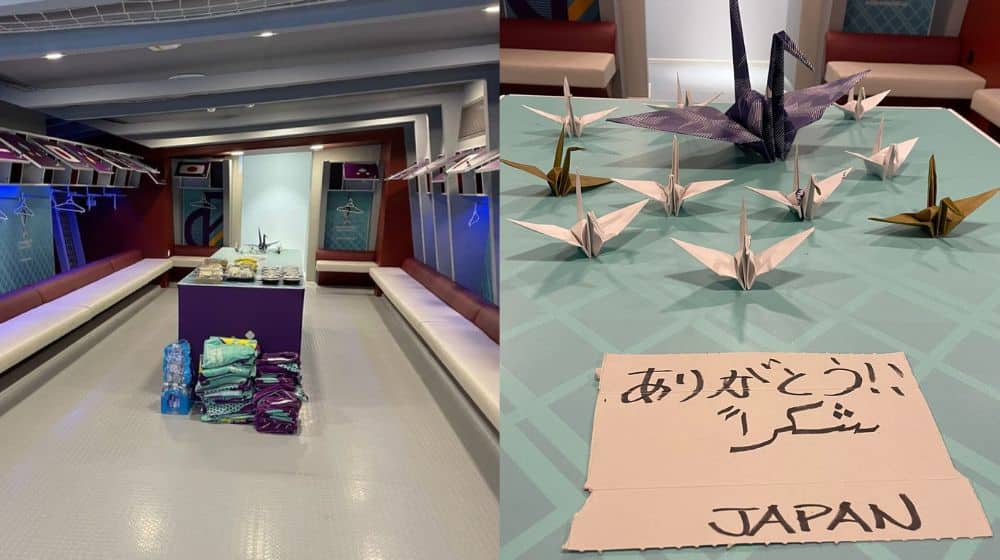 Similarly, Japanese fans also showed the same class as their football team as they stayed back to clean the stadium after their win against Germany.