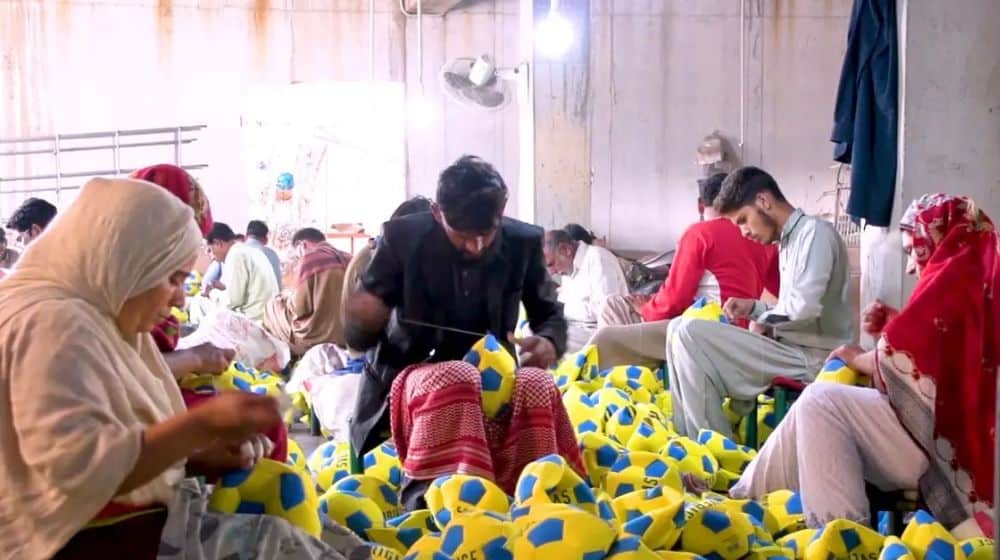 Despite producing 70 percent of the world’s footballs, Pakistani workers in the manufacturing industry in Sialkot merely earn only Rs. 160 per ball, Bloomberg has revealed. Note here that the official price for the FIFA World Cup football is $165 or around Rs, 36,000.

According to the report, stitching one ball takes three hours, so a worker can earn around Rs. 10,000 per month by stitching three balls per day, while a living wage in Sialkot is Rs. 20,000 per month.

The report further stated that approximately eight percent of the city’s population works in the soccer ball industry, where they frequently work long hours and sew the panels of the balls by hand.

It was also reported that 80% of soccer balls are handcrafted, and this time-consuming method increases the soccer ball’s durability and aerodynamic stability when compared to machine-stitched balls.

As per the report, the majority of workers are women who often sew two balls in a day, then go home to prepare meals for their children before returning to work in a nearby village in the late afternoon.

It is pertinent to mention here that approximately 40 million soccer balls are purchased worldwide each year, while sales mostly increase during the FIFA World Cup.