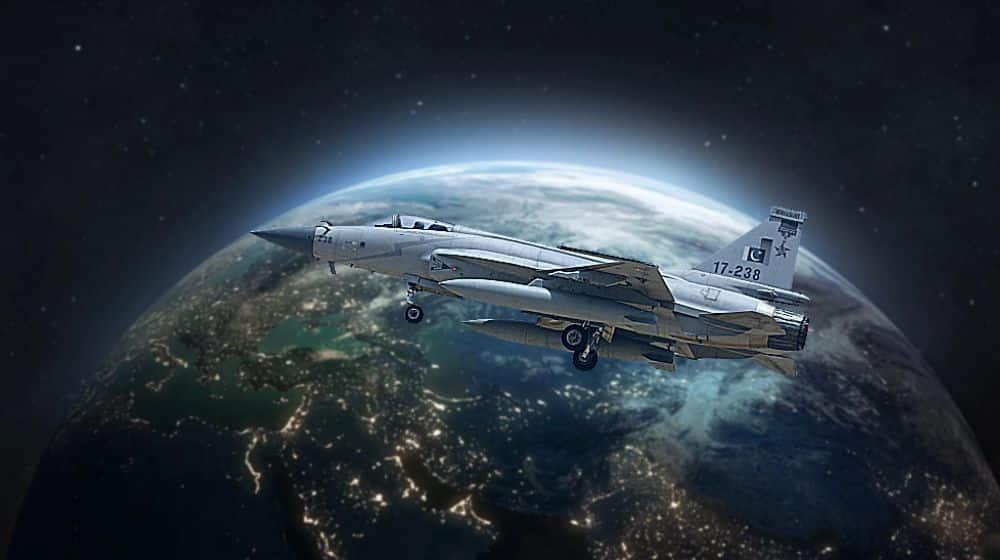 Aviation Week, a US-based publishing and event production company, has claimed that the JF-17 Thunder, a joint production of Pakistan and China, will be one of the most widely used fighter jets in the world by the end of 2023.

According to the details, Pakistan, Nigeria, and Myanmar operate a total of 145 JF-17s, as of October 2021. Additionally, Argentina is also expected to become the fourth operator of JF-17 soon.

ALSO READ
Over 240,000 Students to Get Free Education in KP’s Govt Colleges

In this regard, Aviation Week’s estimates have revealed that the above-mentioned figure would grow from 145 to 185 by 2025, however before achieving that milestone, the Pakistan Air Force’s (PAF) combatant will become the most-used fighter jet by 2023.

The estimate is based on JF-17s rising demand and exhibitions in other countries due to the fact that it is a cost-effective and competitive alternative in the fighter jets market.

It is pertinent to mention that both China and Pakistan are hoping that the aircraft would be able to capitalize on its early accomplishments and outperform its predecessors in export markets.

Also, it is worth noting here that the JF-17 has undergone a number of upgrades since its initial production. PAF refers to the most recent version as Block-III.

The JF-17 has a top speed of Mach 2.0, a service ceiling of over 55,000 feet, and a newer and much more powerful engine than its predecessors.