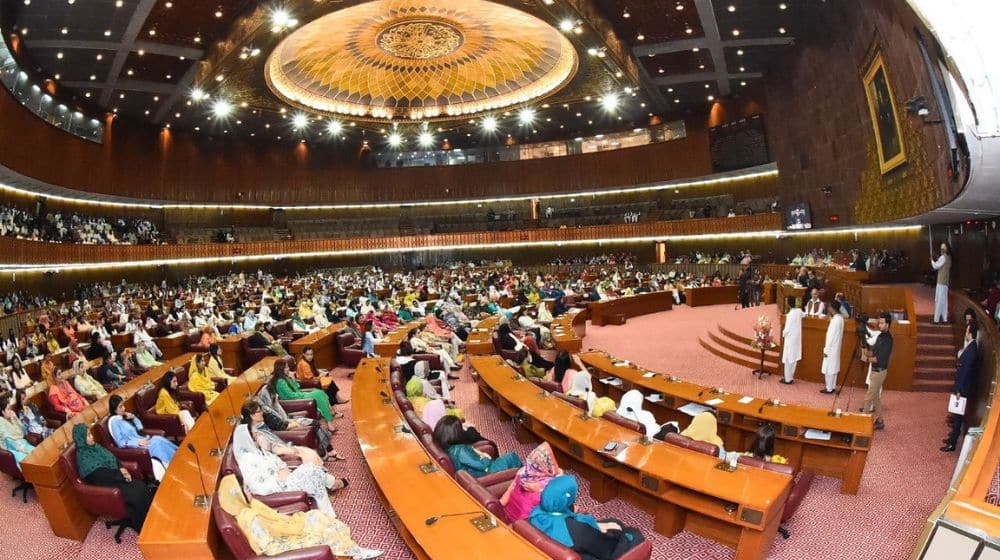 The Women Parliamentary Caucus (WPC) has developed a web portal to facilitate coordination between all provincial caucuses and to provide information on women’s laws and their legislative roles.

The ‘Women’s Rights/Laws‘ portal was unveiled at the National Conference of Women’s Parliamentary Caucus in Islamabad on Tuesday, which was hosted by the WPC under the Pakistan Institute of Parliament Serves (PIPS).

The web platform, according to a release, would link the women caucuses of all four provincial assemblies, as well as the Gilgit Baltistan and Azad Kashmir Assembly, and will give complete information on women-initiated and women-oriented laws and policies.

While acknowledging the significance of women in the country’s progress, the NA speaker declared that without the inclusion of women in law, economics, and politics, growth would continue to be an alien concept.

He went on to say that women had always worked relentlessly to bring about lasting improvements in the lives of their fellow women and that they had always played a critical role in establishing inter-provincial relations.

Whilst praising Shaheed Benazir Bhutto’s determination, the speaker stated that she had been a beacon of indomitable women as the country’s 11th and 13th Prime Minister.

He asserted that she was the first Muslim woman to lead a democratic government.

Likewise, the German Ambassador to Pakistan, Alfred Grannas, remarked that Germany endorses women’s empowerment since their involvement and involvement in decision-making is critical for long-term sustainability and establishing peaceful communities.

Senator Sana Jamali praised the endeavors of the Speaker of the National Assembly and the WPC Secretary in facilitating communication between the Federal and Provincial Assemblies in promoting the significant role of women parliamentarians and working together to promote the upliftment of women across the country.