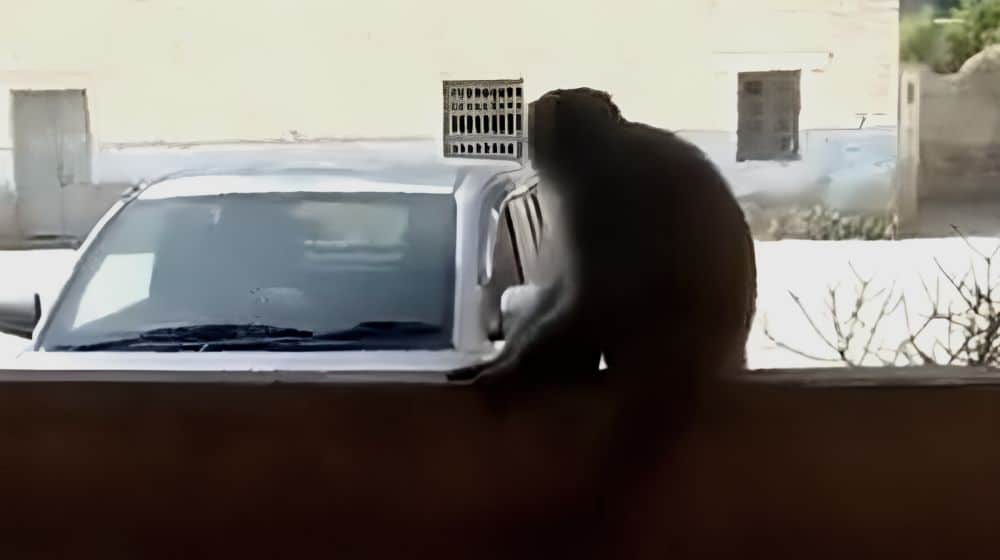 In a shocking occurrence, a monkey sneaked inside the public high school in Karachi’s Jacob Lines neighborhood.

The event caused kids and teachers to panic, and a viral video of the incident shows the monkey perched on the wall of the school.

The teachers can be seen photographing the animals and recording videos of it. One of the teachers was allegedly attacked by the animal while recording a video.

Based on the statement by the school’s principal, monkeys infiltrating Karachi schools is common, and such events are reported on a regular basis.

The government school is surrounded by trees and plantations, which is reportedly the cause of the growing number of animal visits.

In a similar incident last year, a classroom full of primary school students was evacuated when a four-foot-long snake was discovered in it in Peshawar.

The snake was discovered under the chatai (mat) of the classroom, according to the management of the government-run primary school. Students and instructors fled to safety until the snake was killed.