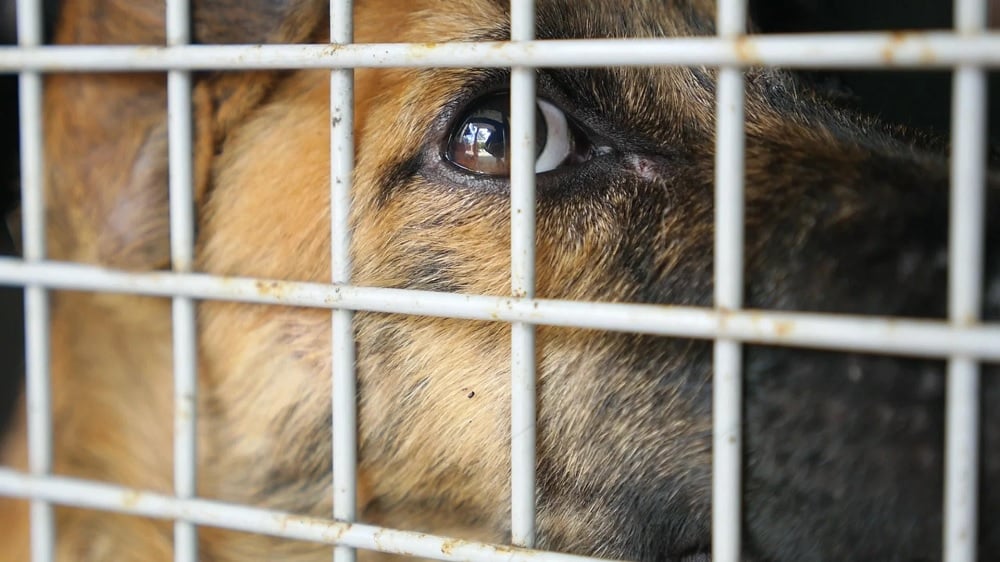 Illegal and unauthorized dog culling continues unchecked in the federal capital in blatant violation of the Islamabad Capital Territory’s (ICT) ban on it.

A tweep, Adeel Asif, attempted to notify the ICT Police, Deputy Commissioner (DC) of Islamabad, Irfan Nawaz Memon, and the Head of the Prime Minister’s Strategic Reforms Unit, Salman Sufi, today that certain residents of D-12 and their “hired dog killers” forcefully dognapped “healthy, vaccinated, and spayed dogs” to kill them, and “were injuring them.

Some d12 residents & their hired dog killers came to take away HEALTHY, VACCINATED, & SPAYED dogs. They were injuring them. PLEASE @ICT_Police ASSIST! They are misbehaving with our female volunteers and they broke one of their phones @SalmanSufi7 @dcislamabad pic.twitter.com/Vnx7QfWK0s

Asif, who is an animal rescuer and rights activist, added that they even misbehaved with female volunteers who attempted to prevent the dognapping and broke one of their cell phones.

The caption on his video read:

PLS PRESSURE THE POLICE AND GOVT TO TAKE ACTION IMMEDIATELY!!

The video shows an image of two scared-looking dogs in a small cage, destined to be killed for no reason.

Eizza A., the founder of the United Rescue Group that operates in Islamabad and Rawalpindi, also tweeted at the ICT Police, the DC Islamabad, and Sufi.

Please help! They are misbehaving and doing illegal activity as according to Islamabad high court order @ICT_Police @dcislamabad @SalmanSufi7 pic.twitter.com/EC5Qhadpz5

This raises the unanswered question of why dognapping and dog culling are rampant in Islamabad, and why its so-called animal protection authorities are silent on the matter.

Sufi had announced on 28 September that dog culling is neither allowed nor authorized in the Islamabad Capital Territory (ICT) and its alternative is neutering. He highlighted that the Chief Commissioner ICT, Captain (retd.) Muhammad Usman Younis, has initiated a dog neutering facility in the federal capital and added that citizens are to report “any culling incidents” on the animal abuse hotline 1819.

Note that this hotline is defunct.

Prior to this, the ICT authorities had banned the culling of dogs in January 2021 and had announced that spay, neuter, and vaccination programs would be adopted instead.

Earlier this month, Eizza A. had sounded the alarm about a gut-wrenching case of illegal dog poisoning in DHA Phase II. Despite tweeting about it immediately to the ‘concerned authorities,’ no official action was taken in the case.

She had tweeted to the ICT Police, the DC Islamabad, the Capital Development Authority (CDA), and Salman Sufi, to take the case seriously, saying, “Please take this case seriously as you all promised and visit DHA to arrest the people who did this — this is barbaric! Make an example”.

Unfortunately, her pleas were in vain.

Local rescuer, Ammara Saboor, had rescued the dog herself and had managed to arrange for its treatment.

After the second ‘reported’ case of dog culling in Islamabad this month, one can only wonder if the animal welfare reforms that were introduced by Sufi in Islamabad in June were only an eyewash, and why nothing is being done to actually protect innocent stray dogs from being abused and killed for no reason.