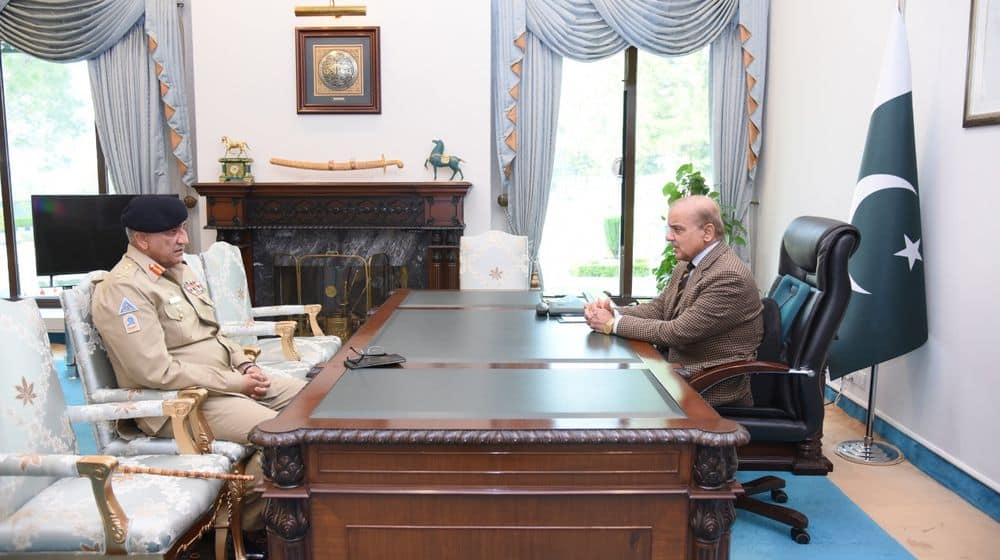 Later, the outgoing Army Chief attended a farewell luncheon hosted by PM Shehbaz to thank him for his services. The formal change of command ceremony for the new COAS will take place tomorrow at 9 a.m.

General Bajwa will hand over his duties to General Asim Munir at the ceremony. Chiefs of all armed forces as well as senior civil and military officers will attend the event to welcome the new COAS.

In addition, journalists, federal ministers, diplomats, and dignitaries have also been invited to the ceremony.

General Sahir Shamshad Mirza assumed his position as chairman of the joint chiefs of staff committee (CJCSC) on Sunday by replacing General Nadeem Raza, assuming the highest-ranking position in the military.

Last week, President Alvi approved a summary sent by Prime Minister Shehbaz Sharif for the appointment of Asim Munir as the next COAS and Sahir Shamshad Mirza as the new CJCSC.

General Asim and General Sahir were chronologically the senior-most generals of the Pak Army after General Bajwa, and have taken the top military helms in the respective order.