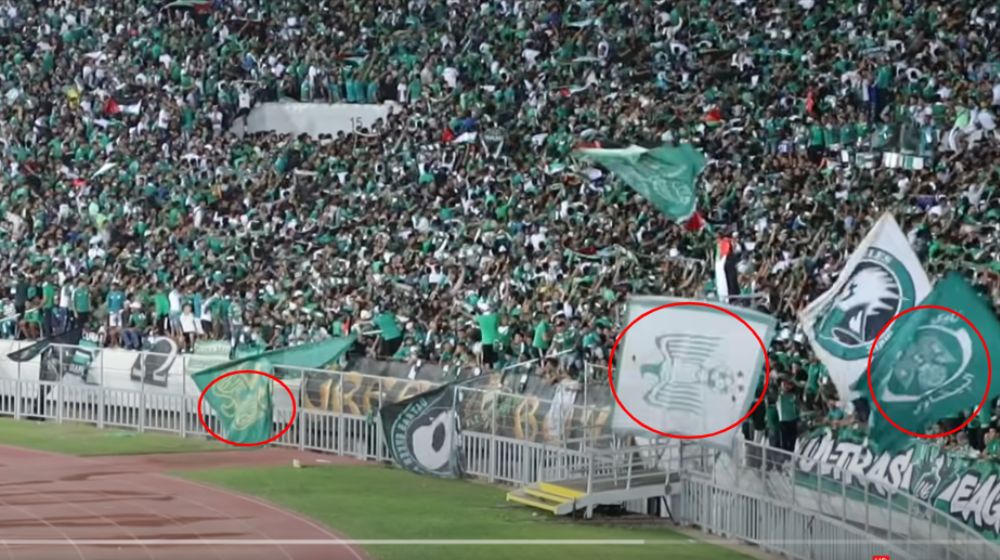 The ongoing FIFA World Cup 2022 in Qatar has been making headlines since it began earlier this month, with photos and videos circulating on social media regarding different controversies.

Another video, which allegedly shows thousands of spectators in a stadium raising pro-Palestine slogans while waving Palestinian flags and banners, has gone viral on various social media platforms.

However, it has been confirmed that the viral video was shot during the Arab Club Champions Cup in Morocco back in 2019 and has no connection to the marquee event going on in Qatar.

A reverse search of the viral video’s keyframes revealed that it was first uploaded to YouTube and Facebook in 2019.

In the video, the supporters of Raja Casablanca, a football club based in Casablanca, Morocco, can be seen raising slogans in support of Palestine during a match against the Palestinian club.

It is also worth noting that some media reports were also found in this regard which show Raja Casablanca fans expressing solidarity with Palestinians in the face of Israel’s blatant human rights violations.